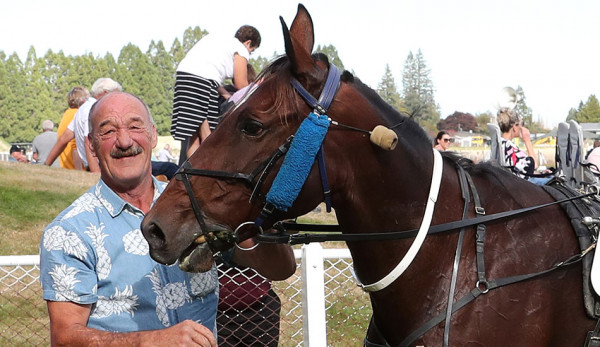 At 72 years old Fred Scott has achieved a first.

On Sunday he trained his first winner when favourite Takemybreathaway took out the sixth at Methven.

After drawing one, the daughter of Bettor’s Delight got the trail from the mobile only for Blair Orange to move outside the leader Conquer Me and win by half a length from Rick Reilly.

While “delighted” with the result it comes at a time of great sadness in the Scott family. Fred and Jan Scott’s son Glenn is gravely ill, prompting Fred to take over training his team of horses.

50-year-old Glenn was not on track on Sunday but has since seen replays of the race.

Glenn started training in 2012, taking over the training licence and colours from Fred’s cousin Neil Radford, who trained 35 winners between 1985 and 2011.

“Fred always helped Glenn and then took over when Glenn became sick and he was not able to do it,” says Jan Scott.

All the Scott-bred horses have the “Give” or “Take” name after their broodmare Give Or Take who they raced for four wins from 25 starts between 2006-2010. 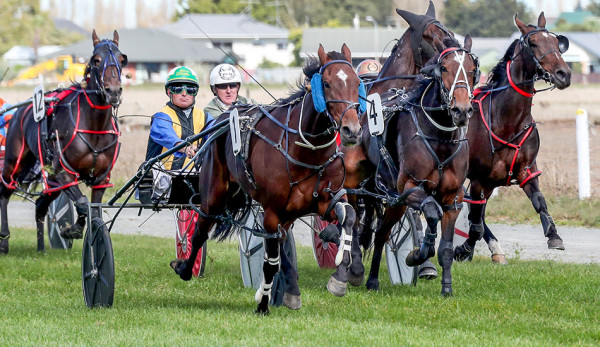 Sunday’s success was Takemybreathaway’s second from 24 starts and she’ll line up again at Addington on Friday night.

“She dug in well the other day,” says Fred , “and I reckon she goes even better on the grit.”

For the Scott family these are tough days with Fred and Jan trying to do the best they can for their son.