Veteran trotter back and heading to the trials 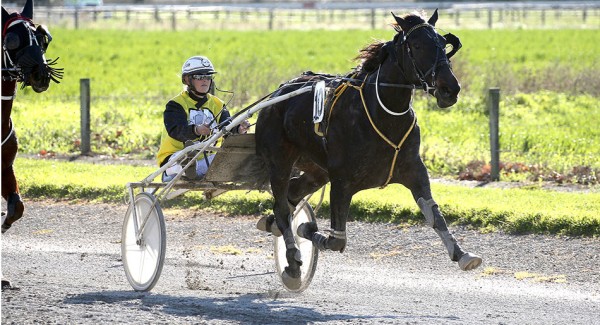 Nearly seven years after his first win, Kowhai Monarch has returned to New Zealand and is on the comeback.

The 10-year-old had been based in Australia since September 2017 but now he's back with original trainer Mark Jones in Canterbury and eyeing up a return to the races.

"At his age he's lost some speed," says Jones, "but his work has been ok and we just have to work out whether it's worth carrying on and that he can still be competitive."

Bred by well-known industry figure John Hartnell, and co-owned by wife Jill, the son of Monarchy has 13 victories from 115 races,  including victory in the Group Two Franco Trotters Cup at Menangle in 2018.

The Kowhai horses and Jones go way back, with Kowhai Sunset and Kowhai Sundown among recent runners, while Kowhai Blaze is two from two with Jack Trainor at Menangle.

Kowhai Monarch's first victory was when Jones drove him in Auckland in 2015.

He'll head to the trials at Rangiora on Wednesday (R7 12.30pm), just how he goes then and in subsequent trials will determine his immediate racing future.