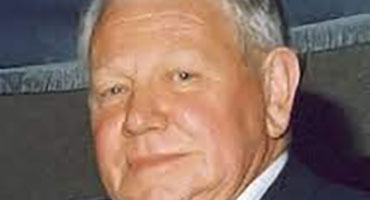 Born in Kurow in 1929, Jack was born into a farming family, though racing was also very much in their blood.

Jack's father Gordon was a successful horseman and then his sons John (Jack), Rex, Ian and Bruce, all became heavily involved in the sport.

Described as an ardent breeder and purchaser of young standardbreds among Phillips' star performers were open class trotting mare Pure Adrenalin who won 11 races in New Zealand and then a further 27 in North America. She was third in the 1998 New Zealand Trotting Derby and the 2000 Kaikoura Free-For-All trot.

Pure Adrenalin was trained by Terry May, as was another Phillips' standout in Spring Alot, who won nine from 38 before going to North America. One of the first crops of foals of Sir Vancelot he was also third in the 2004 New Zealand Derby. Other good horses included Bronnie's Fella (six wins) and Magda Sorrell (5 wins).

Laurence Hanrahan was another top trainer that had a close association with Jack Phillips.

"He was an unbelievable man."

"Nothing was ever a problem, you couldn't ask for better owners."

The first horse Hanrahan trained for the Phillips brothers was Extraordinaire in 2000. He won five from seven before heading across the Tasman.

And where the horses went the Phillips would follow.

"They went to every race meeting from Oamaru to Rangiora," says Hanrahan, "they just loved racing."

Past president of the Timaru Harness Racing Club Liz Shand agrees, saying Jack was "family and work orientated, but was very community-minded as well."

"He was a regular fixture at the Grey Way lounge with (wife) Mary ..... he very much enjoyed the social side of racing."

Jack and Mary's daughter the late Anne Patterson also excelled as a breeder and owner. Her biggest moment was Stylish Monarch's Dominion Handicap triumph in 2010 in a then race record 4:02.9

Jack Phillips served on the local Timaru committee for forty years from 1962, including ten years as president. He was also a member of the NZ Trotting Conference (now Harness Racing NZ) for 16 years, and president for five years and represented New Zealand at five World Trotting Conferences. After one trip where he'd seen the use of pylons overseas he advocated for their introduction here. That resulted in them being installed at Methven and then his home club.

He also served on Inter Dominion Grand Council, and was senior vice president of the Inter Dominion Harness racing council from 1989-93. In 2009 he was inducted into the Addington Raceway Hall Of Fame.

A memorial service for Jack Phillips will be held at the Grey Way Lounge at Phar Lap Raceway on Saturday at 1.30pm.