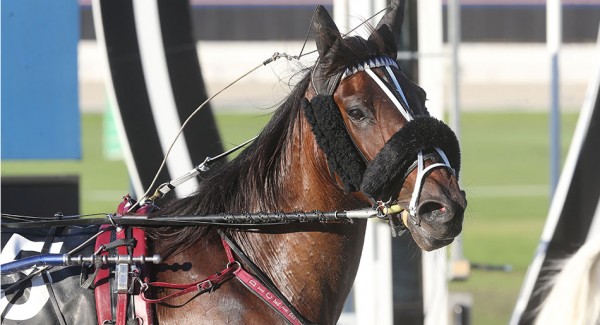 Comeback trainer John Dickie may have a budding star in Old Town Road but don’t expect him to be training a big team again any time soon.

Dickie has retaken reins at the Rosslands property he used to train at first in his own name and then with son Josh.

John stepped away 18 months ago but then back up to the top role when Josh and partner Sammy Kilgour moved to her native Victoria.

So John has done the full circle but says he only wants a small team of horses so won’t be going big again, even after training a double at Alexandra Park on Friday night.

The first of those was Old Town Road, who after bolting in when leading at his previous start was explosive driven cold up in grade on Friday.

The three-year-old son of Bettors Delight cleared out to win by three and a half lengths but even more impressively broke 2:40 for the 2200m mobile, and paced his last 800m in 55.4 seconds three wide.

That flags him as one of the best lower grade pacers in the north with the motor to get him most of the way to open class eventually. “We have had to be patient with him because he keeps picking up little issues,” says Dickie.

“He has one stone bruise, came back into work and straight away got another. It seems if there is a stone out there he will stand on it. “But he can run and it is great to see good people like Ben and Karen Calder, who bred him and still own him with us, get such a good horse.”

Old Town Road is still in a grade where he won’t struggle for opportunities over the summer while Dickie’s other three-year-old winner on Friday in Mr Muscle clearly hasn’t finished yet after leaving maidens even after having no luck in the last lap on Friday.

He raced twice as a two-year-old for the All Stars in the middle of last year but moved north this year and trotted his last 400m in 28.4 seconds even being held up into the straight on Friday.

Mr Muscle is a son of Muscle Hill and Allanah Hall, who was a smart filly for Barry Purdon and in Australia and herself a daughter of Breckon Farms’s broodmare gem Regal Volo.

In-form stables to record a double on Friday where the Wallis/Hackett team who won the two-year-old trot with Aldebaran Keepa and the main trot with Special Way while the Dunn stable recorded a running double with Some Chevron and Dance Till Dawn, both driven by Brent Mangos.