To lead or not to lead - John Dunn's Group One dilemma 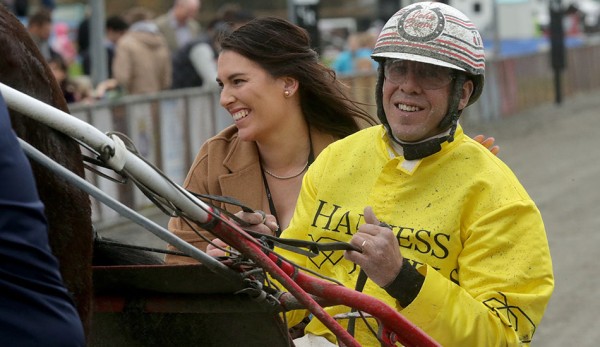 Southern horseman John Dunn may hold the key to tonight’s $100,000 Rosslands Queen Of Hearts at Alexandra Park but he is unsure which way he will turn it.

Dunn comes north to partner Jewels winner Need You Now in the superstar Group One mare’s race, which brings together an array of elite level winners as well as potential stars at the level in Lifes A Beach, Darling Me and The Honey Queen.

It is one of the most deep yet balanced fields assembled for the race with Bettor Twist a deserving favourite but always vulnerable at the highest level, as are even the best of horses if they have to race parked.

Bettor Twist was driven conservatively by caretaker trainer Brent Mangos in a very similar field last Friday as she was still getting over a rugged Breeders Crown campaign in Victoria, which had seen her given an easy time heading into that race but Mangos is confident he has a fitter filly for tonight.

As good as she is, and Bettor Twist is very good, she is far more potent against the marker pegs where she can get a head of steam up and make those in the running line work, leaving her with less threats.

But when even the best stayers have to race parked they expose themselves to numerous threats, in the leader, the trailer and the horse in the one-one.

So the $2.70 opening quote for Bettor Twist is going to sit a lot more comfortably with punters if she can run to the front and the composition of the front line suggests that is a good chance of happening.

There is a lot of gate speed in the inside draws but Need You Now is the best chance of leading into the first bend and Dunn says he will be happy to stay in front unless he cops too much pressure.

“She was okay there last week but will be better this week and should be able to hold the front,” says Dunn, who will be driving at Alexandra Park for the first time in months after the Auckland border came down.

“So a lot will depend how hard we go early. If we go too hard then maybe I have to hand up but I am 50-50 at the moment because as people know I am a front of the field driver so usually prefer to stay in front.”

That early burn, which could also involve Stylish Memphis and Lifes A Beach, will be crucial to the end result and but if they all get involved and the Bettor Twist decides to keep the pressure on there are real swooping threats in Belle Of Montana, Darling Me and The Honey Queen in a fascinating race.

Almost as fascinating but without the grand final feel is the last race on the card tonight for the two-year-old pacing fillies in which Dunn again holds another huge hand.

Their stable has both Dance Till Dawn and First Rose in the 1700m event, the final lead up to the Group One for a super strong crop of fillies on New Year's Eve.

“They are both good fillies and First Rose has really impressed us because she had a few setbacks before her last win,” says Dunn.

“She has a wide draw on Friday but with only one race under her belt so far heading into the final on New Year’s Eve I think she will need a decent hitout again.

“There really isn’t much between them but because of her draw and natural speed I’ll got for Dance Till Dawn as slightly our better hope.”

Tonight’s open class feature for the pacers, the Thames Summer Cup, is a rare 2200m handicap so could well be decided by standing start manners while promising juvenile Chimichurri faces his toughest test in race six up against Group One performers Major Perry, Montana D J and Casino Action.

Craig "The Whale" Thompson shares his thoughts on Addington tonight.