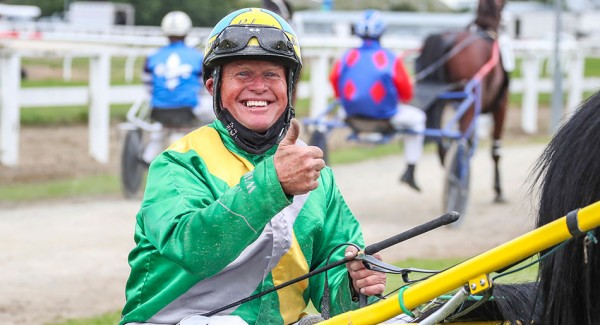 There was little rest for Craig Thornley after he brought up his 700th driving win at Timaru on Saturday.

The reinsman brought up the milestone with a winning double for key supporter Donna Williamson on her home track with two of his signature front-running drives behind Clyde and The Dominator. 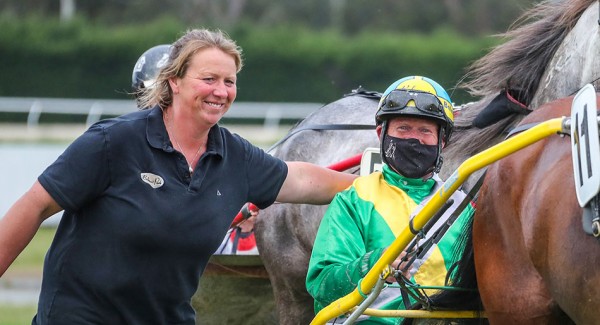 By Sunday morning Thornley and Williamson were combining again – but this time with the racehorses of tomorrow.

Thornley was on deck at Williamson’s Belmont stud, just a matter of metres from Phar Lap Raceway, where three foals were born overnight and there were plenty of mares to scan to ready them for the delivery of their foals next spring.

The reinsman, whose career highlights include Group One wins with Franco Nelson and Nearea Franco and an Interdominion victory with Play On, said bringing up win 700 was made more special by it coming in Williamson’s colours on her home track.

“You know it is always going to come – you’d like to think – but it was good to get it with Donna’s horses and especially at Timaru,” Thornley said.

Clyde scored by half a length after Thornley took control of race 6 by sending the trotter to the front early.

The margin could have been further if Clyde hadn’t taken his work so casually in the run home.

“He was going easy and even up the straight – he just loafs a wee bit.”

Thornley also had The Dominator in front controlling race 9, the George Shand Memorial.

The open class seven-year-old made light work of his 30m back mark and was leading with a lap to go following a mid-race move from his driver.

“He is funny because he never used to be a great beginner but now he has turned into a really good standing start horse.”

“That helps when you’re off a mark, you’re there, you’re not chasing.”

“It makes a big difference from a handicap like that.”

Once in front, The Dominator was close to a good thing given he was dropping in class after contesting the Group 1 New Zealand Trotting Free-For-All on New Zealand Cup Day.

“I thought he went a really good race in the Free-For-All, he burnt hard off the gate and he ran the fastest first 200m and the third fastest last 200m of the race.”

“He only beat one home but he still hit the line, so it was a massive drop in class for him today.”