Superfast Ninja back in winning form

Superfast Ninja appreciated a step back in grade at Alexandra Park on Friday when taking out the Blackmore Virtue & Owens Handicap Trot (2700m).

The daughter of Superfast Ninja began well from the 10m mark and driver Zachary Butcher was able to guide her into the trail behind Safrakova where she was able to appreciate a perfect trip throughout.

She scooted up the passing lane to beat Aldebaran Flame by 1-1/4 lengths, with a further 1-1/4 lengths back to Alana in third.

While she wasn’t fancied by punters, paying $21 for the win, trainer and part-owner Andrew Drake was more optimistic about his mare’s chances.

“I was a little bit confident going in because it was a wee bit of a drop (in grade) as she had been racing the likes of Invictus and Call Me Trouble,” Drake said.

“I thought she had been going good races.”

It was the eighth win for the seven-year-old and Drake is hoping that form will continue.

“It is a shame now because she is now probably going to jump back in there (in the higher grade),” he said.

“All she has got to do is have a couple of nice runs and once she does that she does keep finding form.

“That is what I found last time. Hopefully she might be in the right mindset now.”

While he still holds his driver’s license, Drake has elected to hand the reins over on race night for the time being.

“I have hung the boots up,” he said. “I don’t need to be out there when you have got the likes of Zachary and AG (Tony Herlihy).” 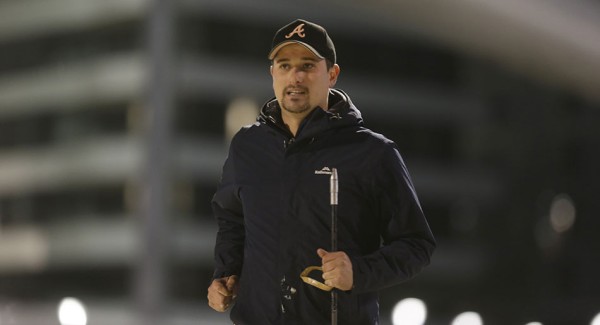 Earlier in the year Drake got a taste of the big time when entering a temporary training partnership with Ray Green when he was stuck in Australia, and that has fuelled his passion to pursue a career as a trainer.

While a full-time training career lies in the future, he is currently enjoying working his small team to go alongside his job at Lincoln Farms.

“My other horse, Bender, had his first trial the other day. He will need a couple of trials. I tipped him out once we got him off Gavelhouse.”