Southern harness racing fans were promised a glimpse of one of trotting’s greats at Ascot Park on Wednesday and Sundees Son didn’t disappoint.

The Robert and Jenna Dunn trained superstar showed off his amazing talent with a dominant win in the Group Three Southern Lights Trot for driver John Dunn.

Though he looked to be jogging, Sundees Son ran his last 400m in 27.2sec, faster than any pacing or trotting winning on Northern Southland Cup Day.

“He has got freakish speed, he has got speed like a pacer,” John Dunn said.

“When you push the go button he can maintain that speed a lot longer than any other horse I have ever driven, pacer or trotter.” 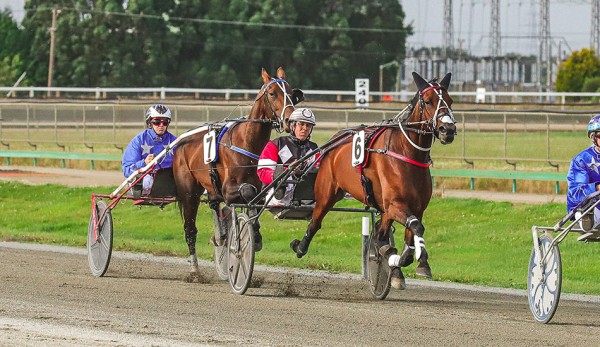 In a rare benefit from Covid, Sundees Son was showing his champion qualities at Ascot Park yesterday and at Omakau earlier this month because his first an Australian campaign had to be cancelled.

Australia’s loss has been the southern region’s gain, with Sundees Son wowing crowds in both Otago and Southland.

“It is great to bring him down, Craig (Edmonds) my father-in-law brings him down and does all the work,” Dunn said.

“Both clubs, Omakau and Northern Southland, the promotions they have done and the build-ups have been second to none.”

“It is very appreciated.”

It is Auckland harness racing fans who are likely to get to see the champion trotter next.

“It is a shame about Australia, it is disappointing that we can’t go.”

“But it wasn’t worth the risk, especially if one of us went and we couldn’t get back.”

“The thing is to get him home now and regroup.”

“There is a race at the Addington on the 28th (of January) but we think we will bypass that and go on to Auckland on the 3rd and the 12th (of February).”

The star trotter paced his last 800m in 55.2sec, the same time Laver clocked when speeding to his Group 3 Northern Southland Cup win. 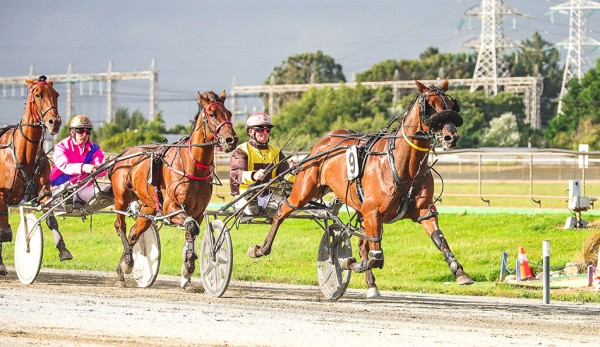 While some of his rivals made early errors, Laver could not have made a better beginning which helped driver Gerard O’Reilly take him to the lead with 2000m left to run in the 2700m feature.

From there, the rest of the field had little chance of catching the Geoff and James Dunn trained pacer.

“He has really switched on to the standing starts, he is actually a really fast beginner,” Geoff Dunn said.

“He is just really loving life at the moment.”

Classie Brigade chased hard from his 30m back mark, getting within two and three-quarter lengths of Laver at the finish to run a gutsy second.