Richard Bright  - "a character, who loved hunting, fishing and horses" 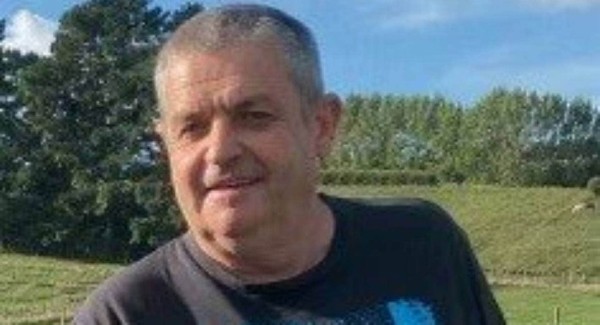 Trainer John Dickie says he is still struggling to process the death of his mate and well-known Cambridge publican Richard Bright.

The 63-year-old was one of five people who died after the charter boat Enchanter sunk at North Cape on Sunday night. There were ten people onboard at the time. A rogue wave is understood to have hit the boat.

"It's just so unexpected," said John Dickie," I have not come to terms with it."

Dickie and Bright have known each since the late 1970s and raced and bred a host of horses together. For four years they were also partners in the Clubhouse sports bar at Cambridge Raceway.

"He was a character," says Dickie, "an honest straight-talking guy who was very intelligent."

Together with wife Brenda, Bright owned and ran the Group One Turf Bar in Cambridge for more than 20 years, and had a number of other business interests, including a deer farm.

He was also a member of  Waikato - Bay of Plenty Harness Inc and was a regular sponsor of the Group One Turf Bar Trotters Mile at Cambridge.

Among the horses they owned and raced together was Great Getaway, who won 10 from 47 and finished fifth in the 2012 Rowe Cup and they co-bred Tricky Ric who won five here before heading to Australia.

"And we had Hope Reins Supreme, who won the Hawera Cup (1998). We bought this horse in a Calcutta as he was the outsider of the field, and Richard backed him into being second favourite on the day!"

Dickie also trained Howdy Owl for the Group One Turf Bar Syndicate. The mare won five races in this country.

Among the others who died in the tragedy was 43-year-old Mark Sanders, a former gallops trainer who had 127 successes in partnership with his father Graeme, including victory in the 2008 Auckland Cup with Prize Lady.

"It is just so sad, it's unbelievable," said Dickie.