The Alabar Northern Trotting Oaks (2200m) has attracted a promising line-up, but it is two pacing-bred fillies that are dominating the market for tonight's Group 3 feature at Alexandra Park.

The two favoured runners for the race, Double Delight ($1.75)and Rakero Blaze ($4), are both pacing bred, but neither showed a tendency to continue in their expected gait. 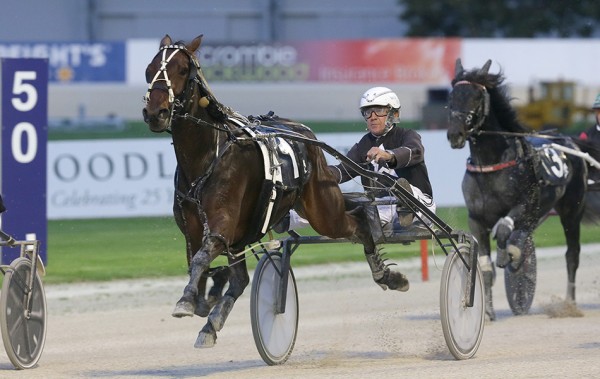 Double Delight displayed her trotting talents as a two-year-old, winning all three of her juvenile outings, including victory in the Group 1 Harness Jewels 2YO Ruby (1609m).

She returned as a three-year-old last month to finish runner-up behind Highgrove at Alexandra Park, with Rakero Blaze running a creditable fourth in her first northern start. 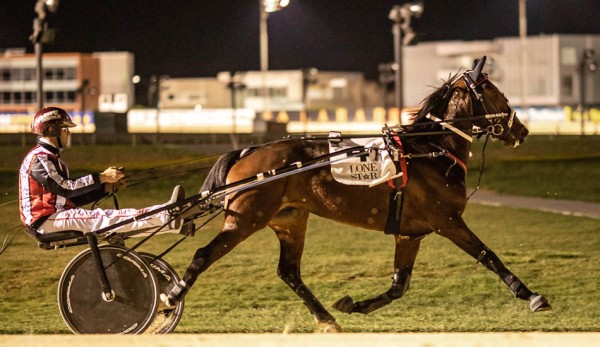 “She showed no tendency to pace whatsoever, she couldn’t do it,” Burrows said.

“We were cantering her just to get a bit of go-forward and then we were going to try the hopples again.

“My daughter, Cassady Jackson, was driving her and when she was easing down from the canter she flicked into a trot and she said ‘she was trotting along a wee bit and felt good doing it, why don’t we try trotting?’, and I said ‘well she can’t pace, so we might as well’, and she picked up pretty quickly.”

Rakero Blaze also showed her talent as a juvenile trotter, placing in the Listed NZB Standardbred Harness Million 2 – 2YO Mobile Trot (1980m), but she has shown a lot of improvement as a three-year-old.

She has recorded one victory and four placings from her six starts this season, instigating a trip north.

“She had been racing well but I thought a change in scenery might spark her up a bit too as she had been running in a little bit in her races,” Burrows said.

“We got on top of that the last wee bit and we don’t have that problem the Auckland way around.”

She pleased Burrows with her fourth placing last month, giving him a boost of confidence ahead of Thursday’s feature.

“She only arrived on the Tuesday afternoon before her last start up there, so she came through the travel really well,” Burrows said.

“She does steer better that way, so we weren’t scared about lining her up then because we wanted a week’s break before the Oaks.

“She got around really well last time.”

“RJ has been happy with her, but there have been a couple of little things,” he said.

“Her heel burst and it got a little bit infected, but I think they are on top of it now.”

Burrows said it was an interesting anomaly to have a few pacing-bred fillies in the race, particularly given the trotting breed has come along in leaps and bounds in recent years.

“As well as Double Delight and Rakero Blaze, there is another one in there called Escape The Pace (A Rocknroll Dance), so there is a possibility it could be a trifecta by pacing-bred horses,” Burrows said.

While unable to be at Alexandra Park on Thursday night, Burrows said he will be trackside for some other feature targets later this month.

“I will be there later in the month for the weanling sale and stay for the Sires Stakes (May 20) and Northern Trotting Derby (May 27),” he said.