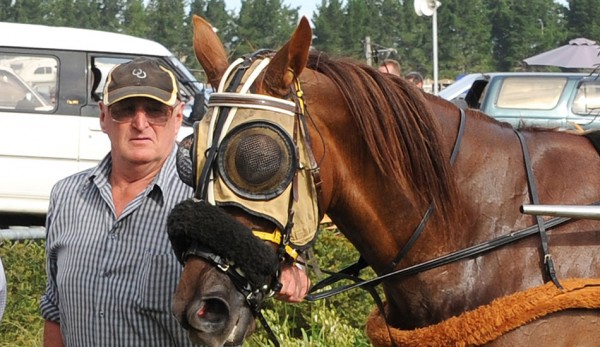 Graham Laing is being remembered as a versatile and knowledgeable horseman and a “good everyday bloke”.

He died at his Ashburton home, at the end of October.

“He was a very good studmaster, blacksmith and trainer,” said his friend of more than fifty years, fellow Mid Canterbury trainer Patrick O’Reilly.

“The first time I met him was at a gymkhana when my father got him to drive a horse, and that was 1967!”

“He knew more about horses than he let on .... he certainly knew a good one from a bad one.”

“He was a good everyday bloke.”

A twin, with his sister Anita, Graham Laing was born into a racing family.

His parents Bill and Rona were deeply involved in the sport and their Wairiri Lodge at Ashburton was the home of many imported stallions including Hi Lo’s Forbes (the sire of 1970 NZ Cup winner James), and Hodgen’s Surprise, who sired 1979 Interdominion winner No Response.

Among Rona’s better horses was Macamba who Graham trained and drove, the trotter winning eight races between 1970 and 1976.

"He was the longest serving member of the Mid Canterbury Owners and Breeders Association," says O'Reilly.

On both occasions the horse was driven by his step daughter Angela, who drove 36 winners between the early 1990s and 2014.