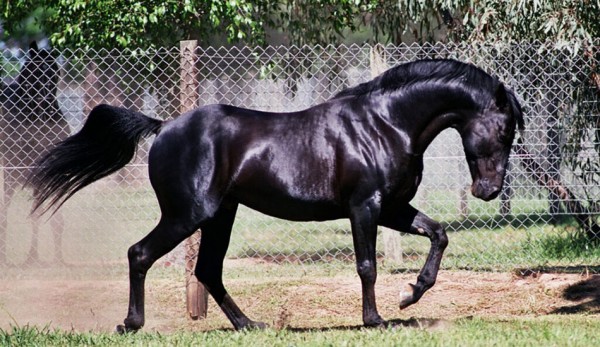 Two-time champion Australian stallion Village Jasper has been euthanized, after suffering a twisted bowel. The 28-year-old won 14 races and over $1m before embarking on a stud career that sired 874 winners who won over $42m in Australia and New Zealand. He stood at Alabar with owner Alan Galloway saying "he was the most beautiful horse...everyone who saw him fell in love with him. He had an amazing physique and an even better temperament."

Albion Park, Brisbane's home of harness racing, will host its first meeting this Friday afternoon, following the devastating floods in Queensland in late February. With limited power supply available and the track floodlighting yet to be tested, evening meetings will not be held in the meantime.

An appeal has been set up for Clerk of the Course and southern trainer Graeme Mee, who was seriously injured in Dunedin earlier this month. He was kicked in the head while shoeing a horse and faces a long rehabilitation. Craig Wiggins has set up an appeal for the Mees. Anyone who wants to donate cash can do so through the following account :
Whatever With Wiggy Charitable Trust
06 0837 0390071 01
Reference GM

A big money purchase out of Southland, Duke of Cornwall easily won his Australian debut at Newcastle last Friday. After winning four from nine for Lauren Pearson the horse is now with the McCarthys in Sydney. He was heavily backed in his first race across the Tasman and gave his backers little cause for concern. He'll now have a few runs in Sydney before the Brisbane Winter Carnival.

Double up for Dex

Former champion Kiwi driver Dexter Dunn has had seven winners in two days at the Meadowlands in New Jersey. Fresh from winning three on Friday he then had four winners on Saturday as he was named The Big M Driver of the Week for a second consecutive time. Dunn had a quieter than usual start to the year after having an extended break in Florida. 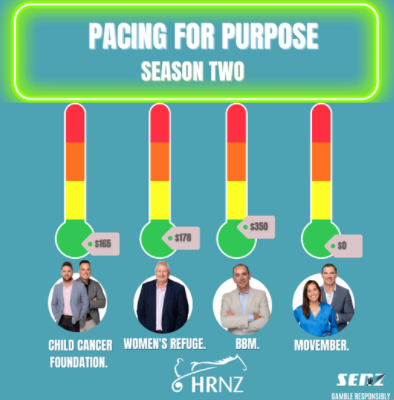 Punting competition gets help from an angel

The Brendon McLennan trained and driven Ellz Angel has been a good winner for The Pacing for Purpose radio competition this week. Four sets of hosts from radio sports network SENZ spend $50 a week on a harness racing meeting of their choice in this country. This week Afternoons host Mark Stafford invested his $50 on Ellz Angel, who won at the Waimate meeting at Oamaru, returning $225. Stafford leads the competition so far in 2022. Last year Pacing For Purpose raised $4000 for their charities.

The Wairio Trotting Club race at Central Southland Raceway in Winton this Thursday with eleven races scheduled, the first at 12.10pm with the feature, the Vet South Equine Southern Belle Speed Series Mobile Pace - Race 8 @ 3.59pm. Vaccine passes are still required for this meeting but there are no crowd limits outdoors and increased numbers permitted indoors.