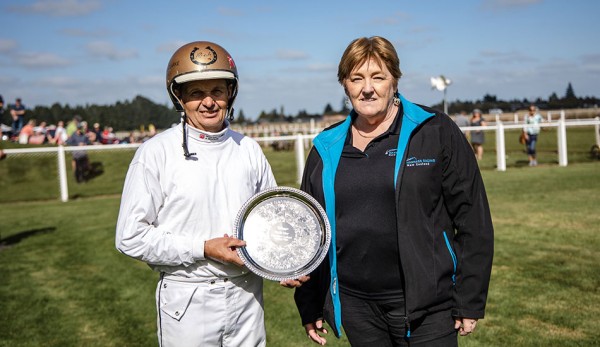 It's been a while coming but Ricky May's been officially recognised for his 3000th winner. The victory with Sheeza Artist was at Addington in July last year. On Sunday at his home track at Methven he was presented with a plaque celebrating his accomplishment by Harness Racing New Zealand's General Manager - Racing, Catherine McDonald. He's just the third ever to hit 3000, following on from Tony Herlihy and Maurice McKendry. Methven also held a successful fund-raiser for clerk of the course Graeme Mee. The 72-year-old faces a long rehabilitation after being kicked in the head by a horse last month. A total of $1200 was raised by a raffle and donations on course, along with $1000 for a signed Crusaders rugby jersey and $700 for a dual sulky ride.

Matua Tana - it's been a while

Giant trotter Matua Tana is back. The eight-year-old is back from injury and will resume in the Lone Star Sires Stakes Aged Trotters Stakes at Addington on Saturday night, after last racing in November 2020. Formerly trained by the Hopes he is now with Paul Nairn. He has won seven from 27. 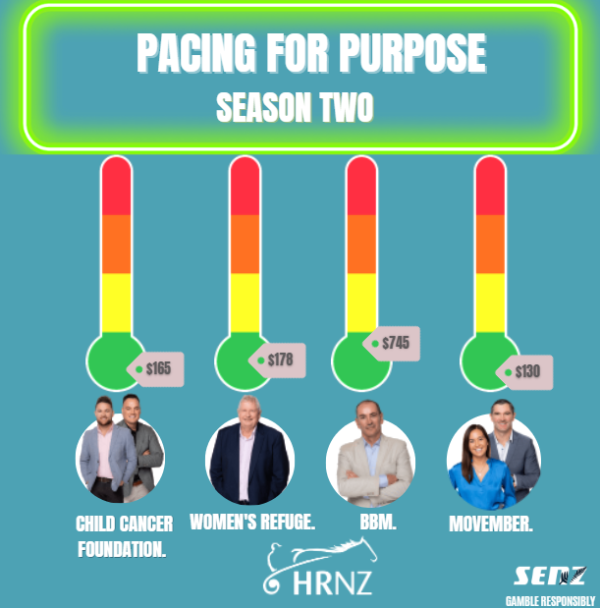 There were two big winners in the SENZ Radio Pacing for Purpose promotion this week. Every week the hosts of four shows on the sports radio network spend $50 at the harness racing meeting of their choice, with all proceeds going to charity. Last week the Afternoons show hosted by Mark Stafford made $395 from a successful $50 win bet on Invictus at Alexandra Park, and Romeo Shard also came in with a $130 return. Last year the promotion raised around $4000 for their given charities.

Kiwi-bred superstar Amazing Dream has been an impressive winner in her North American debut. She won at the Meadowlands over the weekend in 1:51.1. It was her 25th win in 49 starts. Meanwhile expat Kiwi Dexter Dunn had another weekend to remember, winning six races at a meeting at Harrahs Philadelphia. He now has 41 for the year.

The catalogue for the up-coming NZB Standardbred weanling sale is now on line. A total of 113 youngsters will go under the hammer at Karaka on May 26, the day before the Auckland Cup at Alexandra Park. To see the catalogue click here