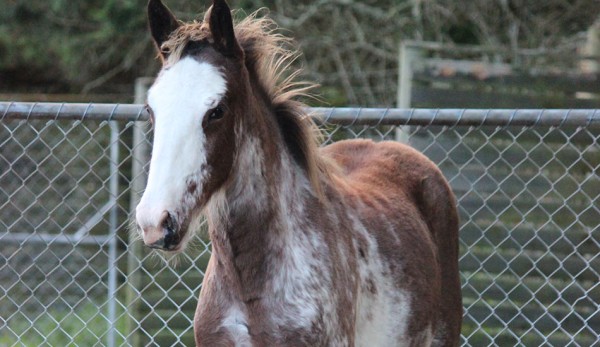 When Wai Eyre Farm posted photos of one of their newest foals last night they had no idea the interest it would create - from all around the world.

The striking filly in question was born at Wai Eyre Farm in North Canterbury on December 4, 2021 and while she is by bay stallion Sky Major out of a black mare Myex she has a unique "splashed" look, with a bay-chestnut colouring over white.

"In a sea of bays she certainly stands out," says Wai Eyre Farm office manager Lisa Clark, "and she certainly has a bit of attitude which is a good thing."

Wai Eyre Farm only posted pictures of the filly on their Facebook page at 5pm yesterday. Since then things have gone nuts.

"I had no idea what I'd unleashed," says Clark, "we've had messages from people we haven't heard from in 20 years and from as far away as Ireland, Australia and England."

There have also been offers to buy her - "but she's not for sale".

To get such a unique-looking foal is a rare occurrence in standardbreds and had Wai Eyre Farm initially excited but also perplexed.

"Was this a foal swap, a throwback or a case of wrong semen used?" they asked.

What's followed has been extensive DNA testing both here and overseas, and it is on-going.

So far there's been nothing to disprove that the filly's parents are Sky Major and Myex and that there's every likelihood that the filly is the product of a "novel mutation".

"What a great way for our exciting up and coming stallion Sky Major, to make a real splash on the race track in the future," says Clark. 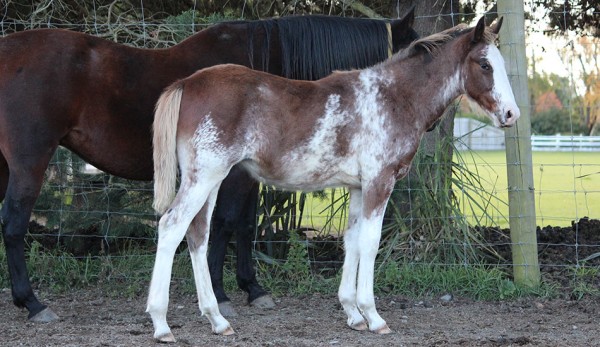 Now they need to a find a name for the youngster who's only just been weaned.

"Her paddock name is Lucy and we will have some ideas but we don't know yet," says Clark, "she will definitely have "Eyre" in there somewhere because all our horses have that."

On-line there have been plenty of suggestions including "Motley Crew", "Splash", "Cloudy Sky", "Tie Die", "Half Bleached" and "Poster Filly".

Wai Eyre Farm also has two other questions that need answering - "can she run fast and will she breed the colour on?"

"Only time will tell," Clark says.