Nathan Williamson - "it was a great night"

Nathan Williamson realises the mountains he is climbing about only going to get higher.

But after a personal best night at Addington on Friday says it is great just to have horses good enough to be aimed at New Zealand’s best races.

“It was a great night, you don’t expect everything to go that well in two big races at Addington,” said Williamson. 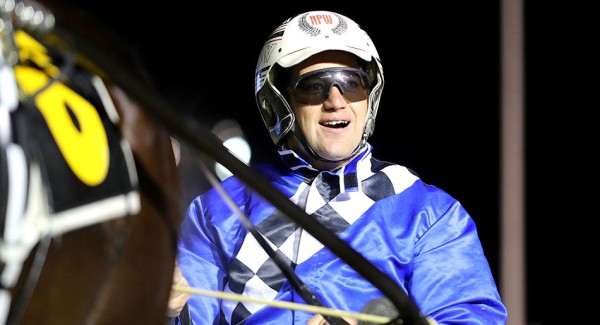 Sand Wave made it eight wins from 14 starts in the three-year-old feature and punters were comfortable a long way from home as he wrestled the lead early and Williamson kept up a good tempo, allowing Sand Wave to pace his last 800m in 55.6 seconds and win easily.

“It couldn’t have worked out any better,” he says.

“He will go for a spell now and we will set him for the Derby at the end of the year.

“I am not kidding myself about the challenge that lies ahead with him because there were probably six three-year-olds as good as him or better who weren’t there last night who will be in the Derby.

“But he just keeps getting better so that will be his aim and then he will have some good country cups down this way over the summer.” 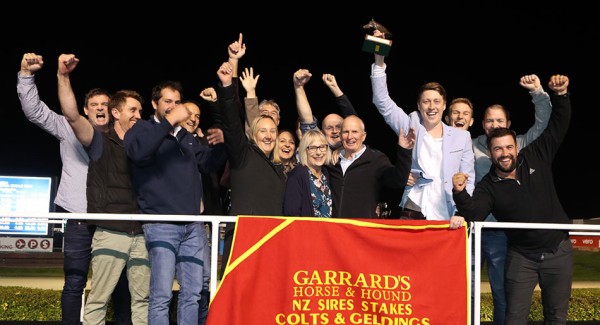 Andy Hall made the most of a great Williamson drive and key rivals like Majestic Lavros galloping to win the open trot and he could return to Addington for another free-for-all before joining Sand Wave in the spelling paddock.

“He is a good horse but unfortunately for him he is racing in a great era and you can’t ever see him beating Sundees Son or even Muscle Mountain and Bolt For Brilliance so he is in for some tough racing next season.

“That is if he actually stays here as there are a few offers for him and he might even end up in Australia.”

Earlier in the night Don’t Stop Dreaming remained unbeaten in the Welcome Stakes and looks another superstar in the making off the All Stars production line while they also trained the winner of the two-year-old trot with High Energy absolutely bolting away with the SENZ Trotting Stakes, trotting her last 800m in 57.3 seconds.

It wasn’t all plain sailing for favourite punters though as Shan Noble was beaten by Dance Time, courtesy of superior gate speed, in the free-for-all pace while $1.25 chance Republican Party was pulled out of his race straight after the start when he suffered a punctured sulky tyre.