Keeping faith in Washington VC has led to Southland breeder Cleland Murdoch enjoying the thrills of racing what could be his best horse.

Murdoch has had his share of highs in his decades as an owner, breeder and administrator and the best could be yet to come through his stylish winner at Winton last week in Quaddie VC (Washington VC – C J Galleon – Falcon Seelster). 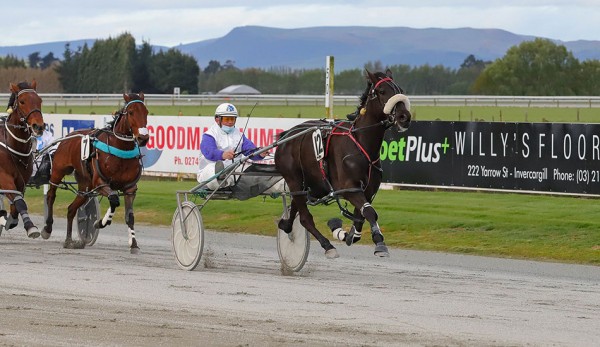 Part of being in that position is down to Murdoch and co-breeder and owner Gary Allen booking their mare C J Galleon to recently retired Southland siring stalwart Washington VC on an almost yearly basis.

“The mare has had four to the races for four winners ... he is called Quaddie VC because it was the fourth time she’d been to Washington VC.”

“Triple VC was the third one, hence his name”

“I have had some nice horses over the years – but potentially he could be the best horse I have owned.”

Quaddie VC has had two wins from three starts, and will line up again at Ascot Park, Invercargill this Sunday.

“He can stay and he’s got speed, his gait has always been a bit hitchy but I thought he was good at Winton.” 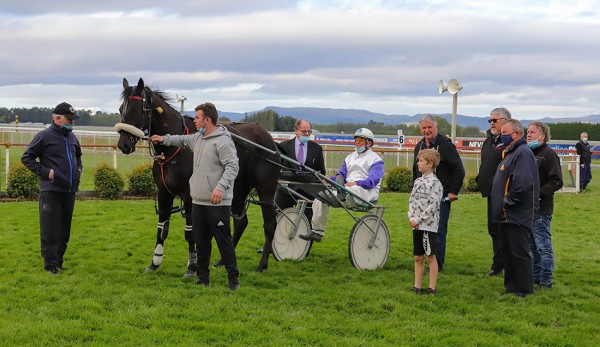 Murdoch and Allen share in the ownership of Quaddie VC with several of Murray Brown’s stable clients.

The breeders syndicated a half share in the horse through Brown, who has trained many of Murdoch’s best horses in an association that goes back to the trainer’s first-ever winner.

“We had a couple of massive offers for him before he qualified and Gary and myself just decided we would keep him.”

“We sold a half share to Murray Brown’s clients and kept the horse.”

“It has worked out well, but in saying that ever since he won his first race everything that could go wrong went wrong.”

“We have had quite a number of little issues with him at the end of that campaign and we turned him out.”

“He has been in work quite a while, but Murray has been really patient and slow with him and I think the way they’ve changed the season will help him.”

“I think he has got a lot of bottom, Brent (Barclay) hasn’t run him out of the gate but he reckons he has got heaps of speed there.”

Murdoch admitted he’s lost count of the number of both pacers and trotters he and Allen have bred together.

With Allen slowing down his involvement in breeding, Murdoch will send three pacing mares to stud on his own