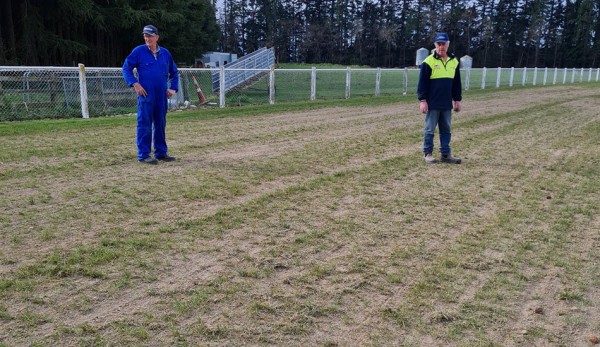 The Methven Cup meeting scheduled for October 10 has been transferred to the Geraldine Trotting Club's track at Orari.

The decision to relocate follows gale force wins in Mid Canterbury earlier this month that toppled trees and dumped debris onto the Mt Harding racecourse.

"It was touch and go as to whether we could have raced there," says Methven Trotting Club president Carl Markham, "but in the end we have erred on the side of caution."

"The Methven Cup is a key lead up race to the New Zealand Cup and some good horses will be there, so the track has to be right."

The decision to hold the meeting at the Orari course was made after detailed inspections of both courses by HRNZ Venue Inspector John Denton and General Manager - Racing Catherine McDonald.

"We have taken a good look at Orari and we are satisfied it will be in good condition for the meeting," says McDonald.

It's the second meeting Methven has had to relocate because of the storm damage.

Its first meeting of the new season on September 12 was transferred to the all-weather track at Ashburton at short notice and Markham is happy that this time they've decided to go to Orari.

"We appreciate what Ashburton did for us, but we really wanted to run the Methven Cup on grass," says Markham.

More inspections are planned for the Methven course in coming weeks, with the expectation that they will finally be home for their scheduled meeting on October 29.