By her own admission Jo Stevens has a busy life.

And it’s about to get even busier, after taking on a new part-time job as a HERO educator based in the Waikato.

Living in Hamilton, Stevens is a mother and a horse trainer, highlighted by a treble of wins at Cambridge a year or so ago.

She also works for Cambridge Raceway, and part of that work includes an on-line harness racing venture, called Track Chat.

HERO stands for Harness Education and Re-Homing Opportunities and prepares horses for a life after racing (LAR).

“It’s what I’ve been doing anyway,” she says, “I’ve re-homed my own horses and I’ve re-homed horses for friends … It would be more than a dozen and less than 50.” 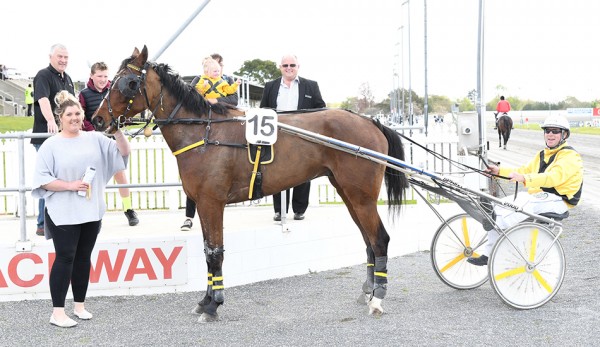 With her new job she will now be officially part of the Harness Racing New Zealand programme. She’ll be the seventh HERO educator in the country and the second in the North Island, following on from the Auckland-based Sam O’Reilly.

So far around 20 horses have been taken on. As most have never been ridden before, generally they are broken into saddle and then found new homes. It usually takes between six and eight weeks.

She’s now on the lookout for any new re-homing candidates. They must be aged between four and 12, be sound, have a good temperament, and no colts or stallions.

“It’s just great to be able to showcase just how cool the standardbreds are,” says Stevens. 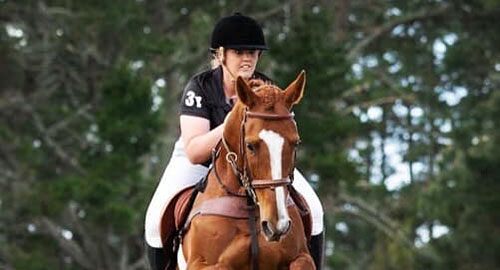 An Australian – “I grew up in the hills in country Victoria” she came to New Zealand in 2014 and joined master trainer Graeme Rogerson’s Hamilton stables to pursue her dream of being a jumps jockey.

But a jumps debut never eventuated.

“I had a fall four days before I was scheduled to have my first ride.”

It was there she met Dylan Ferguson. They have been together seven years and have a two and half-year-old daughter, Grace. 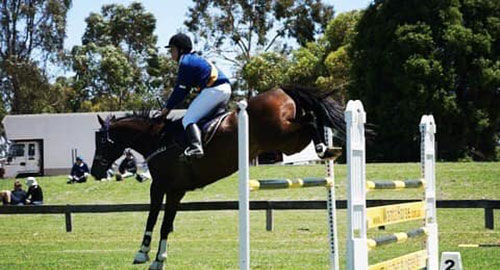 After being the stable's number one driver Ferguson is now in a training partnership with Rogerson - among their very good horses are the likes of She Reigns and Delson.

In July Stevens had another riding incident which she is still recovering from.

“I was riding my horse and he fell and I fell too, I was knocked out for an hour.

“I had a brain bleed and basically woke up five days later, with no memory of anything at all.”

“It was an unlucky incident – but I was lucky.”

"And because I'm not allowed to drive for six months because of the head injury so many people have helped me out since it happened, and I'm very very grateful to them." 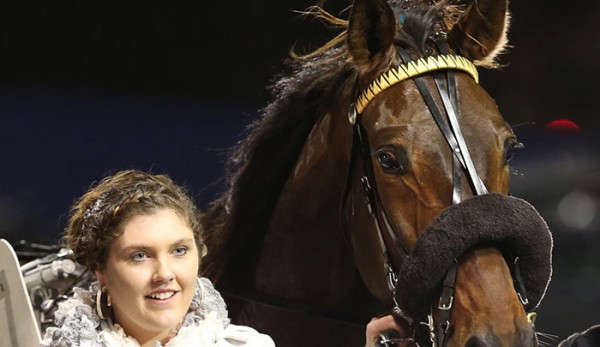 Despite the setback, Stevens has two racehorses on the go at the moment, with a number of pre-trainers and breakers also keeping her busy.

In October last year she had what she calls “her proudest moment” when he trained a treble at Cambridge.

“I only had three horses in and they all won, it was amazing.”

The trio were Rosie, Major Rage and Griffins Hall - “it was a magic night”.

When she’s not preparing winners she is a regular at Cambridge, providing interviews and insights on her own harness racing Facebook page, called Track Chat.

“It started during Covid, when no-one could be on course, so I thought if they can’t be there then I could be there for them.”

So far she has about 800 people who follow her page and while she covers her home track at Cambridge she calls on the services of Crystal and Tyla Hackett to do the same in Auckland. 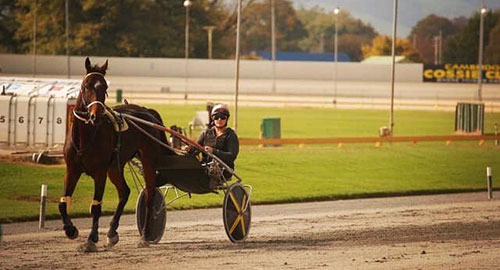 As well as doing social media work for the raceway her other tasks include organising the Battle Of The Breeds, a competition involving standardbreds against thoroughbreds.

This was held for the first time in January this year with plans to stage another this summer.

“My day is filled with horses, one way or another.”

And it’s to going to be even more so when the new job kicks in.