The Robert and Jenna Dunn trained trotter left his rivals in his wake as he powered to a massive 12 length victory in the Group 3 Motukarara feature for driver John Dunn.

“I have been in this game all my life and I have been lucky enough to have a lot of nice horses, but to win like that in a group race – it is not like they were mugs – there were a few missing like Sundees Son and Majestic Man – but those horses are pretty competitive and some of them will be in the Dominion.”

“I was leaping up and down, I couldn’t believe it the way he just ran away from them.” 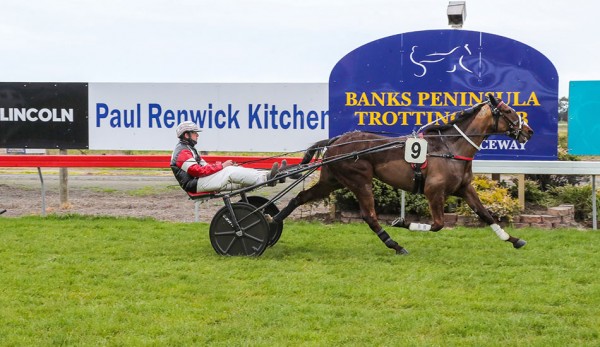 Though he came to New Zealand with a blueblood pedigree, Mataderos’ race record was not that of a star.

After battling to get the horse to the races, MacKinnon and the Dunns soon got reward for their patience and perseverance with Mataderos winning five of his first eight New Zealand starts.

A call to spell the five-year-old when he was at the top of his game in February has proven instrumental in the trotter bursting into Dominion contention.

“Last time was his first prep with the Dunns,” MacKinnon said.

“It has been well reported before that we didn’t think we would get him to the races.”

“But the beach has saved him.”

“He never carried much condition and we had the option when he last raced at the end of his last prep to continue on for a couple more starts or to tip him out.”

“I preferred to tip him out, because we thought he could do a lot more if he had a proper prep with the Dunns.”

The Dunn camp still have improvements to make with Mataderos ahead of his battle with his star stablemate Sundees Son in the Dominion.

The trainers have restricted the trotter to big tracks to help his tractability, which is improving.

That move has seen the big striding Mataderos build a brilliant record on grass, which he continued on Sunday. 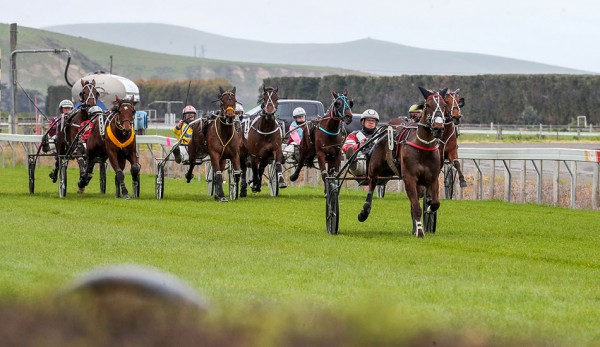 Now the Dunns must continue to work on Mataderos’ game on all-weather surfaces.

“The Canterbury Park Trotting Cup will be next, they are going to try to keep them apart (Mataderos and Sundees Son) until they get to Cup week,” MacKinnon said.

“Mataderos won’t be going to Ashburton, he has got to learn to settle behind the mobile.”

“While they think he will, we are just going to keep him to the stands.”

Robert and Jenna Dunn produced the quinella in Sunday’s feature with Chief Of Staff heading the chasing pack behind Mataderos.