"I actually can't remember my last winner," he said today, after last night steering Asteria Lavra to an upset victory at Alexandra Park. It was his first win as a driver this year in his 31st attempt, and the fourth training success this year for the Pukekohe-based partnership of Hollis and Shane Robertson.

Asteria Lavra was his last winner as well. They combined to win at Alexandra Park on January 22, 2021. 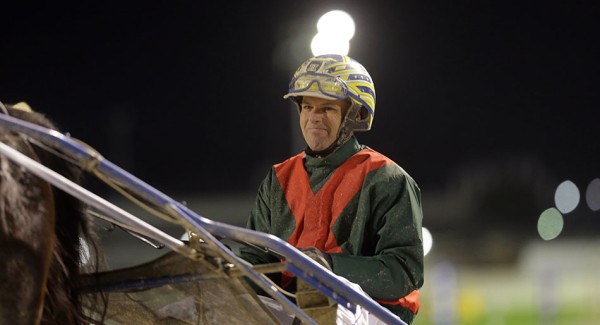 Last night saw a copybook drive from Hollis. Asteria Lavra started safely in the Bonded NZ Handicap Trot (2200m), and was then one out three back before peeling just before the home turn to win by one and a half lengths.

"She's always had a little bit of ability," says Hollis," and she warmed up a different horse last night, and it was a drop back in class."

Manners are the biggest issue with Asteria Lavra, she has been more than a handful on a number of occasions.

"It's a mental thing really, she just loses it but hopefully she'll keep going over the winter, she prefers the Auckland way of going around."

The stable has 10 in work at the moment with "seven yearlings on the books."

Yearling preparation for the sales and breaking in is a huge part of the Hollis-Robertson set up though last month they also had success on the track with Sylvia Kay at Cambridge (Zachary Butcher) and Rocknroll Hammer (Tony Herlihy) at Alexandra Park.

"I usually drive them to educate them in their first few starts and then hand them over to the professionals," says Hollis. 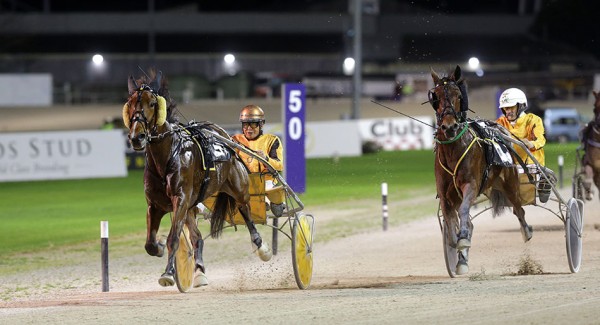 And it was another good night for the in-form Luk Chin, with a stable quinella in the last. The 79-year-old anaesthetist drove Voronov to victory, with Safrakova second for Sean McCaffrey.

Earlier in the night the grand northern trotter Temporale produced win number 27, despite starting off 40 metres. The Wallis-Hackett trained nine-year-old was just too good for his rivals, clearing out for driver Tony Cameron to win by more than a length.