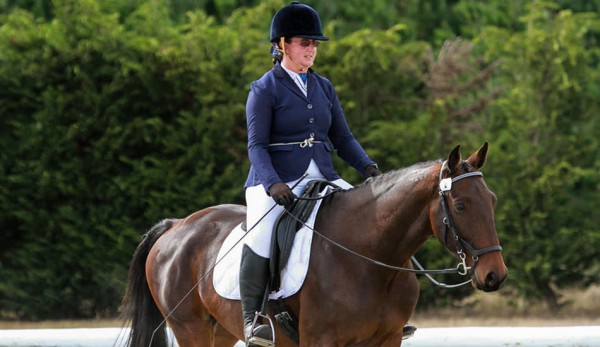 Kat Gardiner is not your stereotypical truck driver.

Yes, she is a Class 5 swing lift operator, who’s on the road five days a week, but she’s also a mother and a dedicated dressage rider who has high hopes of taking her beloved “Vinny” to the top.

“He’s going to be my best horse,” says Gardiner.

Vinny is the impeccably-bred Dream Major (Art Major - Christian Dreamer), who is a half brother to Amazing Dream and Chase The Dream. 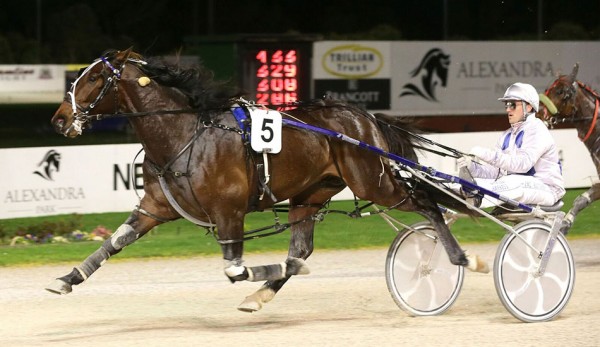 On debut in 2018 he was a three length winner at Alexandra Park for trainer Barry Purdon and driver Zachary Butcher as a $1.30 favourite. But he had just one more start.

“He blew a knee,” says Gardiner, who’s been involved with horses all her life, and lives with her family on a four hectare block at Cust, North Canterbury. She sharedrives trucks with husband Craig Roberts. Moving 40-foot containers around the country is her stock and trade.

Over the years she’s had upwards of a dozen horses - “90 per cent of them standardbreds”.

Following his injury “Vinny” went to Rebecca Glass in Rakaia in Mid Canterbury. About the same time Gardiner was watching the Future Stars dressage competition in 2019 and thought to herself “bugger it, I’ll give it a go”.

But it wasn’t until March last year that horse and rider became acquainted.

“I re-homed him a week before lockdown.”

“Rebecca was hacking him out … I thought he was very cute”

And so began their dressage journey.

“He did not want to listen to me on that first ride…. Now he picks it up like he was born to do it.” 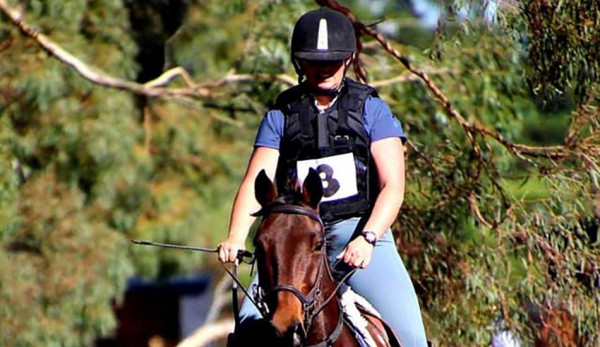 Gardiner reckons Vinny has “heaps of potential” and she’s doing all she can to realise it, by committing plenty of time and money. That includes getting top class coaching from the likes of Tania McKenzie and Greg Smith.

“They just fine tune what we are doing and we learn new movements.”

The results are building.

“He couldn’t trot in a 20 metre circle – now he’s winning Level 2 dressage and was reserve champion in the non-graded at Future Stars.”

Getting to the Future Stars itself was a massive tick for Gardiner and Vinny. Now it's onwards and upwards.

“We have been doing 'shoulder-in' and just started 'counter canter' .... he’s happy to give everything a go.”

The ambition is to one day make it to Horse of the Year and, with Dream Major still only being a five-year-old, they have time to burn.

“Whichever level it is I don’t know but I just want the two of us to keep getting better, and let's see where it ends up," said Gardiner.

“The Dream is happening!” 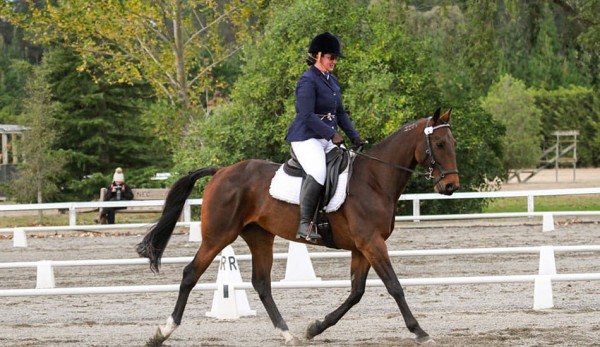