Kiss The Girls surprised more than punters when taking out the Rangiora Summer Cup (2600m) on Sunday.

Trainer Derek Jones was keeping a close eye on stablemate Lulu Le Mans, who was struggling to find clear racing room late, when Kiss The Girls came storming home out wide to win by a neck over Sam’s Town, with a further neck back to Motor Mouth in third, with Lulu Le Mans an unlucky fourth.

“It was a really good run from George (Kiss The Girls), but I was more watching Lulu down the straight because I could see her not getting out and I thought she wasn’t going to get the gap,” Jones said.

“I didn’t actually see George until late in the piece when coming down the outside.

“It was unbelievable, and Lulu was really unlucky, she never got out. They both went super.” 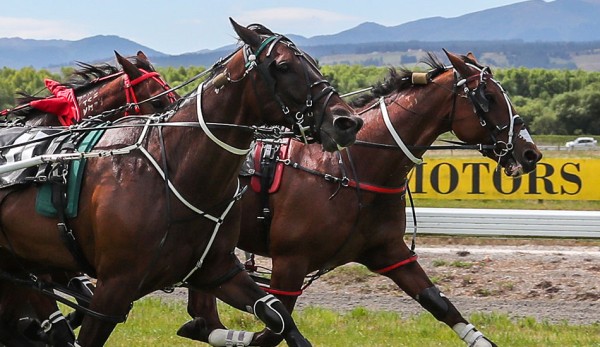 With the heavy downpour of rain in Canterbury throughout the week, Jones was leaning towards bypassing the race with Lulu Le Mans, but with improving weather over the weekend Jones thought he would give his mare her chance.

“We thought the stake was worth a crack and it was a Dead track, it wasn’t Soft or Heavy, so that was the main thing,” he said.

Both runners will now head to Motukarara next week to continue the Country Cups circuit where they will tackle the Motukarara Christmas Cup (2810m).

“They will both go to Motukarara and then Lulu will go down to a fillies and mares mile race down south,” Jones said.

The Prebbleton horseman is enjoying a great run with the pair and he is looking forward to the summer racing ahead.

“It is a fabulous time of year and I can’t wait to go to Motukarara because it is a great day, I am really looking forward to it,” he said. 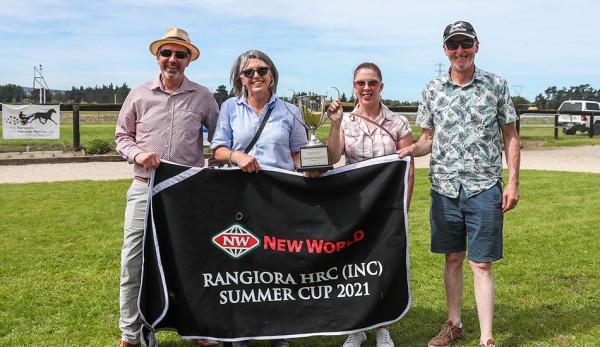