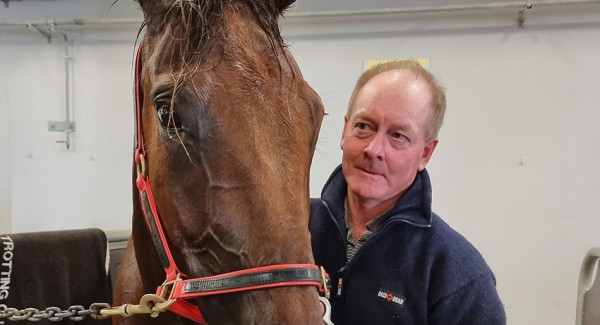 When Reggie Golightly sprinted along the inner to score at Addington on Friday night it brought up Andrew Garters’ 50th training win – officially.

The three-year-old caused a boilover when notching career win two at massive $73 odds after capitalising on a perfect run in the trail for driver Gerard O’Reilly.

While Garters got deserved plaudits for 50 career wins, a story behind the scenes suggests it was actually win number 51.

“It is actually 51, because my first one wasn’t counted,” Garters said.

“We put a trainer change in at the time from Dad to me and they told us they were going to change it at the end of the season.”

“But it never got fixed.”

The horse that should have started Garters’ march towards 50 wins was Bygone Era who ran to victory at Addington in 1997.

Like Bygone Era and many of his winners since, Reggie Golightly is raced by Garters’ parents Bob and Maxine.

Also among his 50, or rather 51 wins, is Reggie Golightly’s dam Marilyn Golightly’s sole victory.

Garters also trained Reggie Golightly’s granddam, Holly Golightly for a short time at the end of her career.

The breed has kept on producing for the Garters family over the years.

Garters trained another relative in Oyster Bay to win eight races early in his training career.

Reggie Golightly won his maiden at Methven at just $6 odds before going on to run a tidy second in his next outing at Addington.

His form had tapered off since, but he had taken on smart types including Hiranya and Republican Party.

But the key to the pacer showing his best on Friday night was stepping up to 2600m.

“He seems to like the longer distances rather than the sprint races and they don’t seem have as many these days,” Garters said.

“He has got ability, he is big and dumb, he has probably got 12 months to grow into his frame – he is quite huge.”

Reggie Golightly scored by a neck over Rollyourown who staged a big recovery after an early break.