The four-year-old has won four from four since March with Manson saying that next year's New Zealand Cup is very much in his thinking. 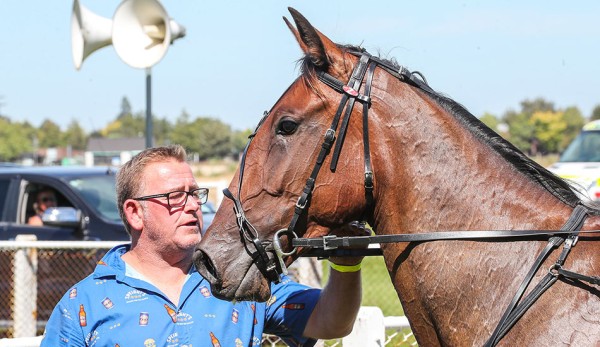 Bred by Spreydon Lodge, Franco Marek is by A Rocknroll Dance out of Miss Lisa. He was bought and trained by the late Donald Jones, who was Manson's boss at United Fisheries, a company owned and run by the Kotzikas family.

His debut was a tough assignment. He finished sixth in the 2020 Sapling Stakes won by now champion four-year-old Krug.

Then son Norm Leacock-Jones took over the training, lining Franco Marek up for his second start where he finished third behind Surfers Delight and Samhara at Addington in March last year.

That's when the phone started ringing.

"Norm was getting some offers and he rang us and we got him, for some pretty decent money." 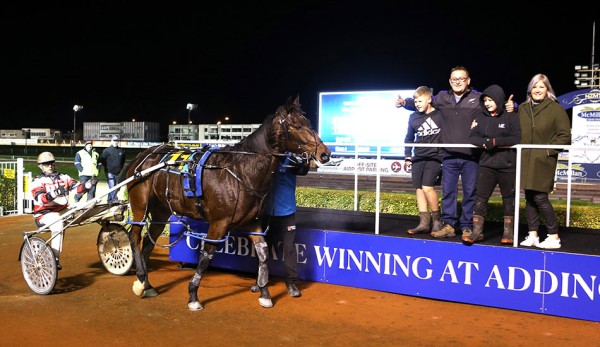 Joining Manson in the ownership group were Andre Kotzikas and Stephen Boyd - "an accountant - not the horse trainer'. The Kotzikas are a major player in the sport, with Andre's father Kypros' biggest triumph coming in the 1997 New Zealand Cup with Iraklis.

The family also own Lavros Lodge, a highly regarded training establishment in Christchurch. Manson trains his horses there as well as at his own 450m track at Lincoln and on the grass at Motukarara.

Manson took his time with Franco Marek because of the gelding's erratic tendencies. It was a year before he returned to the races.

"He was a bit of a head case," says Manson, "I ended up spending six months long reining him because he would just flip himself over for no reason."

"He was very temperamental."

Playing the long game certainly seems to have worked.

"We have placed him pretty good, he had a couple on the grass (Methven and Geraldine) and then one at Rangiora before heading to Addington - that was a big step up, especially off the unruly." 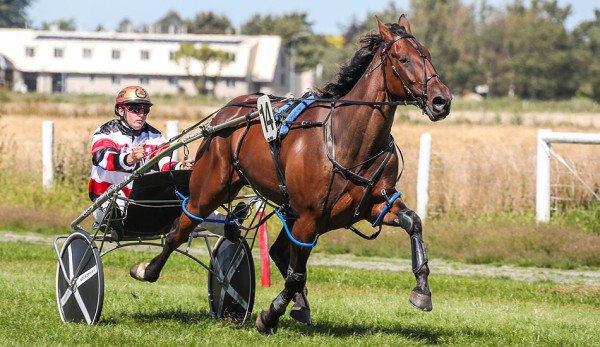 Off 10 metres, Franco Marek won his Addington debut on Friday night when he edged out another promising pacer in Carana. He is now unbeaten in four starts for Manson. His winning time for the 2600m was 3:13.3.

"He's just a big kid, he gawks around - he can run some time but he has got lots to learn."

"One guy who's had a huge bearing on his success is Johnny Morrison (driver), he treats the horse kindly and educates him. I can't thank him enough."

For the time being Franco Marek will be limited to standing starts, the mobiles are just not his go.

"He just gets too worked up but the problem is that there are not many stands for him."

"He's got a lot of improvement, we haven't done a lot of fast work with him and we are hopeful he's going to be something."

His next start is likely to be on June 17 at Addington where he'll be joined again by stablemate Copperhead Rose. The pair lined up at Geraldine on April 24, with Franco Marek winning and Copperhead Rose sixth. "Copper" was a chance of starting in last year's New Zealand Cup before suffering a ligament injury and Manson is hopeful he can make the field this November.

After next month's assignment Franco Marek is set to have a break before he and Copperhead Rose line up in the Maurice Holmes Vase, one of the traditional lead-up races to New Zealand Cup week.

If and where "Frankie" lines up on Cup day is yet to decided, but Manson says "it won't be the Cup, he's only a four-year-old."