Father-son milestones across the Tasman 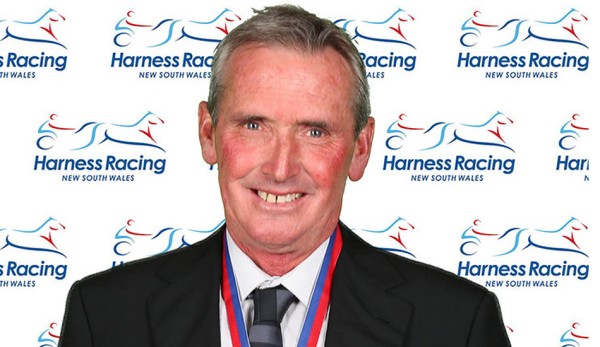 There are not many bigger names in Australian harness racing history than the Turnbulls.

The late great Tony “AD” Turnbull, of Hondo Grattan (aka the Bathurst Bulldog) fame, started it all from his family base near Bathurst and a seemingly endless stream of Turnbulls have followed since.

At last count, there were 13 of Tony’s kids or grandchildren competing in harness racing right now.

“AD” passed away at the age of 91 in May last year, but he would have been looking down with pride as one of his sons, Steve, reached a phenomenal career milestone at Parkes last night (Saturday).

Steve, 65 and a legend of the game in his own right, trained his 4000th winner when two-year-old debutante You Cannot Hide won easily in the final race at Parkes.

Fittingly, AD’s grandson and Steve’s son, Mitch drove You Cannot Hide and hit a milestone of his own with a 400th driving win.

“It was extra special to share it with Mitch. He’s had to live in Amanda’s (Turnbull) shadow and that’s not easy. He also does all the hard yards in the bush (country tracks) for the stable. He deserved to be part of this,” Steve said.

Renowned for being one of the great “blokes” of the game and always so humble, Turnbull admitted this milestone was a thrill and he was glad it happened at a remote track away from the limelight.

“It just felt right. I’d much rather have got it (the milestone) at Parkes than the big lights at Menangle,” he said.

“I only had the one runner for the night, it was a two-year-old first starter who drew the back row at Parkes which can be hairy, but he’d shown us a bit and we thought he could win with any luck.

“If you say it quickly, 4000 doesn’t seem a lot, but it’s decades of hard work, travel and having to adapt to the changing times.

“Things are so different now from standing starts on tiny tracks. The horses are bred so much better, go so much faster and the tracks are so big.”

Turnbull’s golden era came in the early 2000’s with the one champion pacer he trained, Smooth Satin.

“The Miracle Mile was fantastic because he overcame some things do it and it’s such a great race in our home state with so much history,” Turnbull said.

“But the Inter Dominion is the one we treasure most. It’s the pinnacle, the race everyone strives for the most.

“I’ve nearly worn the tape (video replay) out for that one.”