Copperhead Rose out of NZ Cup – “it’s a shame”

Only weeks after arguably his best ever performance, Copperhead Rose has been withdrawn from the New Zealand Cup.

On September 10 at Addington the seven-year-old produced a tough effort to finish third in the Group 3 New Brighton Cup at Addington behind Di Caprio and Classie Brigade.

Now an injury will see him sidelined for the rest of the year.

“It’s nothing major,” says trainer and part-owner Greg Manson, who’s based at Lincoln just outside Christchurch.

“It’s an inferior check ligament. He’ll have 2-3 months off, it’s a shame because he was in such good nick.” 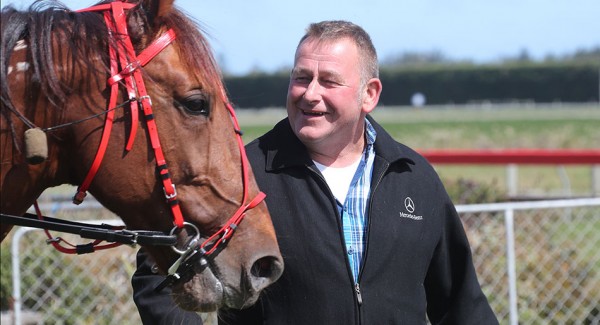 His placing in the New Brighton Cup put him up to 18th in the New Zealand Cup rankings, and just three places away from a start in the big race on Tuesday November 9.

And Manson thought the field was within touching distance.

“The Methven Cup was the main goal… we had him right for that. He could have made the Cup field.”

The Methven Cup, a traditional New Zealand Cup lead-up race, will be held on the grass at Orari this Sunday after gale force winds damaged the track at Mt Harding.

“Copper” or “Big Red” has won eight from 48, with Manson only training him for his last ten starts. He did know the horse well though as he used to work Copperhead Rose when he was trained by the late Don Jones.

He was Manson’s boss at United Fisheries.

“He was the transport manager there – he was like my second dad.” 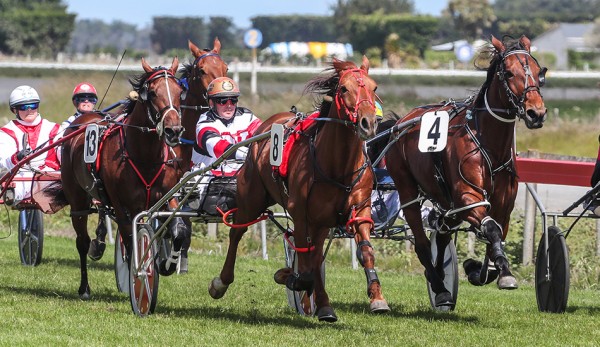 Manson bought the horse off the Jones estate along with a group of first-time owners from Prebbleton. The Mamas and the Papas syndicate includes a large group of kids with "Big Red" the subject of many conversations.

"He's been a super introduction to Harness Racing for them all," says Manson.

After not being involved in training for over a decade Manson made a winning comeback when Copperhead Rose won at Banks Peninsula in November 2020.

Manson has distinctive racing colours. They are red, black and white with “BV” in the middle.

They are a tribute to Manson’s mate Blair Vining, the well-known cancer campaigner who died two years ago, and the Midlands Rugby Club in Winton where Vining played his rugby.

Manson lived in Southland before moving north about five years ago.

As for Copperhead Rose Manson says he will take his time to get him back, and then hope for a change in fortune.

“Next year eh, let’s see if we can make the Cup next year.”