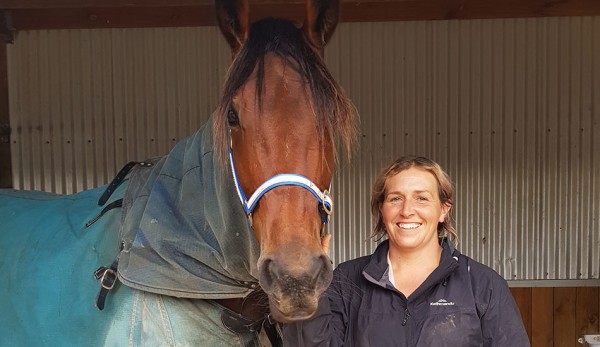 Amber Hoffman has a new best horse in her stable.

One Change, the winner of 16 races from just 29 starts, has been transferred from the Mark Purdon – Hayden Cullen barn to be trained by her at the beach at Waikouaiti near Dunedin.

“It was a bit of a surprise, but it’s cool,” says Hoffman.

The four-year-old gelding had been racing in royal company before heading to Australia, where his form tapered off.

In fact his last start in New Zealand was a second to Copy That in the Vero Flying Stakes at Addington in March 2020.

“He’s a natural,” says Hoffman, “ it would be awesome to do a good job with him and see where it ends up.”

One Change has had a history of foot problems.

“He’s pretty fit and he has worked in nice time on the beach, with good heart rates,” says Hoffman, “and he loves being in the surf.”

She plans to trial him at Oamaru - “just a hit out and see if we have the right gear on him” – and then at Canterbury before looking at starts in the Omakau and Invercargill Cups.

“It’s great as we have direct access to the beach and there’s a 900 metre sand track on the property as well.”

Hoffman’s been training since 2010 either on her own account, as she does now, or in partnership.

One of her more memorable achievements was training Dodgethebullet (driver Sarah O’Reilly) to win the final race at Forbury park’s final meeting on July 8.