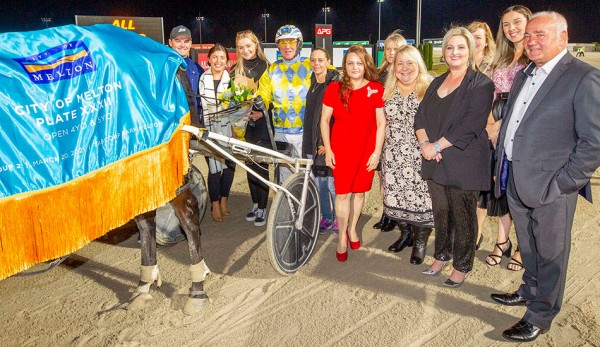 Anthony Butt is excited about the next chapter of his career after parting company with leviathan owner Emilio Rosati.

After a stunningly successful 18 months together, Butt confirmed he and fiancé Sonya Smith had “mutually agreed” with Rosati to go their own way.

During their time as Rosati’s private trainer, Smith won five Group 1 races, a stack of other features and over $1.8 million in stakemoney. The star performers included Wolf Stride, Boots Electric, Elite Stride and Perfect Stride.

"I'm really proud of being able to team with Emilio for the most successful 18 months he's had in the game," Butt said.

"We had plenty of big wins and the highlight was turning around Wolf Stride from a horse who wanted to run out of the gate in his races to win three Group 1s, the Breeders Crown Open Pace, Bendigo Cup, Terang Cup as well as running third in a Miracle Mile and fourth in a Hunter Cup.”

"It's a full-on job with all the horses Emilio has and, in the end, we both agreed it was best to go our own ways. We'll forever be grateful for the opportunities.

"It's really given Sonya and I the chance to show how well we can train with the right sort of horses.

"Sonya and I plan to keep training a team of our own and I'll do my freelance driving as well.”

"We've been offered plenty of horses over the past few months, but being private trainers for Emilio, we haven't been able to take them."

Butt has been driving in stunning form during the huge Queensland Constellations, winning feature races on stars like Copy That, Krug and American Dealer.

It’s been a timely reminder to everyone just how good he is, especially in big races.

Butt’s got another big set of drives at Saturday night’s final meeting of the Albion Park Carnival, headed by Copy That in the $250,000 Group 1 Blacks A Fake and American Dealer in the $100,000 Queensland Derby.

“Copy That’s got the job ahead now King Of Swing has drawn to lead, but he seems to be improving every time I drive him,” he said.

“American Dealer has absolutely thrived over here and he’s got the draw to really test Krug in the Derby.”