After being involved with some of the world's best gallopers Brigette Solomon’s life has become more skewed in favour of standardbreds. Now it’s even more so.

It’s a varied role that includes encouraging youngsters into the sport, and then upskilling them through the Harness Cadet Scheme. It also encompasses other areas of equine education like animal welfare and the HERO re-homing and re-educating programme.

“The job involves a lot of things but it’s all geared towards improving professionalism,” says Solomon , “and proving to young people that harness racing does have pathways.”

Solomon has taken over from Sally Waters.

“She’s done a great job for us over the years but has decided to go in a fresh direction,” says HRNZ’s Education and Animal Care Manager Natalie Gameson.

“We had a number of fantastic applicants but Brigette ticked all the boxes.”

And Solomon is hardly a stranger to those involved in harness racing in the Waikato and Auckland.

Married to trainer Matty White, Solomon has her stablehand’s license and is fully involved in the running of their stables.

“Most mornings I am up at 5.30, and I help out a couple of the local galloping trainers and then at 7.30 drive trackwork.”

The best standardbred she’s been associated with is Lombo Navigator who was driven by Matty White and trained by Andrew De Campo. They were living in Bunbury in Western Australia at the time.

Lombo Navigator won 24 from 83 starts and was third in the 2012 Inter-Dominion Final in Perth won by I’m Themightyquinn.

But it’s fair to say thoroughbreds were Solomon’s first love. Originally from Christchurch she started riding at six and was doing trackwork from age 14. She has also done eventing and showjumping, and has briefly held a trainers licence.

“Being involved with horses is what I love.”

At Bunbury she had a business breaking in and pre-training gallopers, and also worked for three years for the powerful Godolphin stable in New South Wales at a time when John O’Shea and then James Cummings were in charge.

At this time she was involved with some of Australasia’s – and indeed the world’s – best horses. 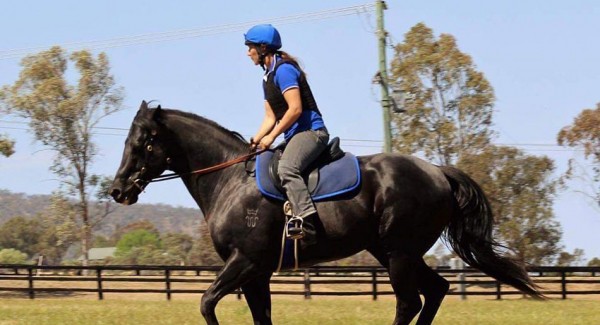 For instance she broke in 2019 Golden Slipper winner Kiamichi, and regularly rode the mighty Lonhro. Known as The Black Flash, Lonhro won over $NZ6m and 26 races, including eleven Group Ones.

“I used to exercise him which was pretty cool…. even though he was in his late teens when I rode him he was still a real quality horse with a great attitude and presence.”

But Solomon’s life changed abruptly when she suffered a serious back injury.

“It was not horse-related, I was shovelling sawdust!”

In 2019 she had an operation, known as a L5/S1 lumbar vertebrae fusion.

“It’s the same surgery that Tiger Woods had… it was four weeks in hospital.” 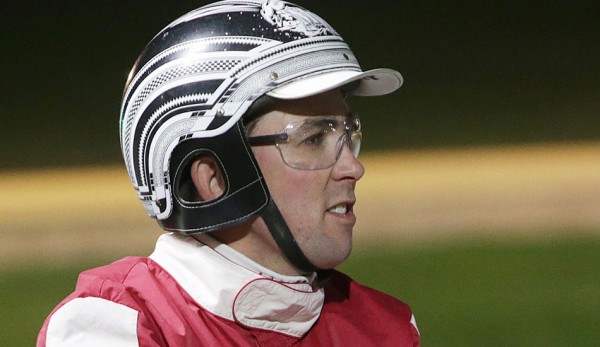 Husband Matty White also had a sliding doors moment in 2020. He was flung from the sulky during a race at Cambridge, suffering a brain bleed as well as other injuries.

Solomon is hoping for no such dramas in her job, though starting with her region largely in Alert Level Three hasn’t been ideal.

“I’m keen to get stuck in, and talk to cadets, trainers and everyone else about just what they need.”