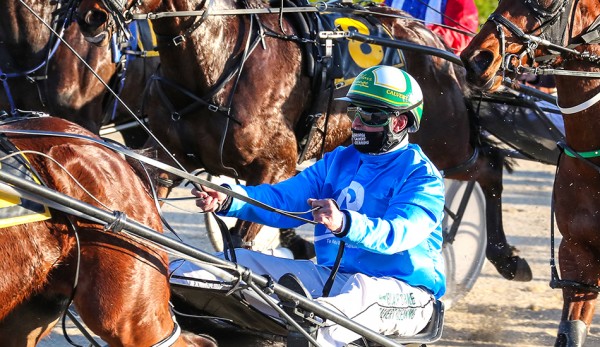 This is the first year HRNZ has been involved with the annual Prostate Cancer Foundation fund-raiser.

Ten ambassadors raise money with every win they have in the Blue September colours.

Many of the drivers have their own personal sponsors as well , while money is also donated for each win by clubs and HRNZ.

Champion driver Blair Orange has had the most wins of the ten ambassadors this month with 10, including four at Invercargill last Thursday.

On Banks Peninsula Cup day at Motukarara Raceway on Sunday Blue September will be marked with a first – an all male race.

And the race will look different with Blair Orange debuting some blue silks (as the Blue September driver with the most wins) and Robbie Close wearing white silks (as the driver who’s raised the most money).

The Blue September Invited Drivers Challenge Pace is for 4YO and Older R40-R54, 2170m, Stand.