Wendy Devenport and her winning "rogue"

Training a horse like Uncle Drew isn't always easy - and can sometimes be very painful - but it has its rewards.

The Sir Lincoln seven-year-old has compiled a tidy record of six wins from 63 starts. He won both days at the recent Hawera meetings, including the Taranaki Cup last Wednesday for driver Andre Poutama.

"He's a grinder who's suited to the grass," says trainer Wendy Devenport, who's based at Otaki on the Kapiti Coast, "I was very very pleased to win the Taranaki Cup.

"It was my first Cup and Mum's got a quarter share as has Jeremy Pearson." 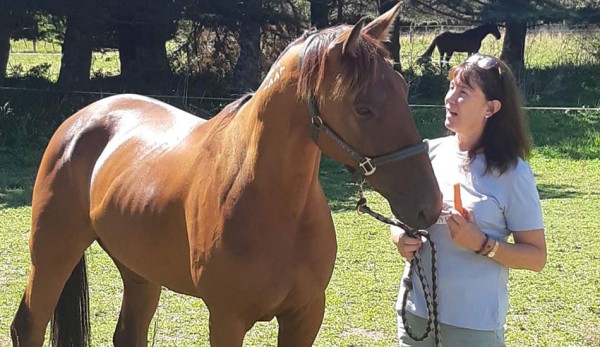 As a hobby trainer of standardbreds she's a rarity in an area which is predominantly thoroughbred country.

Devenport has been training since 2010, with 19 winners in 138 starts. Among her better known performers have been Nicole Vaidisova, Ryan's Way, Bully's Rocket, Karitane Whisper, Pure Desire and Benji Maguire.

She started out in pony club and was heavily involved in all things equestrian as well as regularly attending race meetings. Her father Mick Devenport had his owner-trainer’s licence for gallopers, was on the Masterton Trotting Club committee and bred pacers and trotters, most notably McGarret who won eight races and had 22 placings in the late 1970s -early 1980s before heading overseas.

Right now Uncle Drew is the only horse she trains.

“I have got very attached to Drew and every horse I train, they do get spoilt."

She has had him in all but his first three starts when he had two placings for trainers Rob and Simon Lawson. She bought him off Lawson for $3000. After his dual Hawera wins his earnings currently total $54,065.

"He always tries and is tough but last year he just got too fat," says Devenport, "so I changed his feed and it's worked." 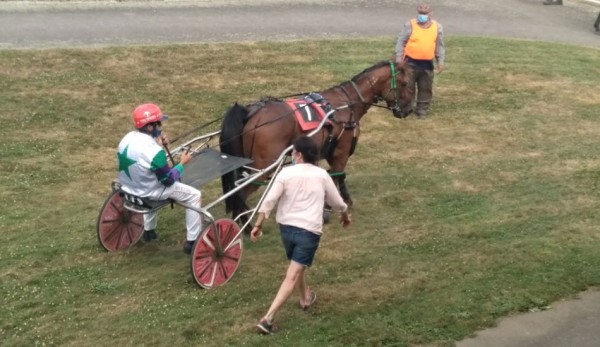 Behind the scenes there has been a lot of hard work.

As evidenced by an incident last year.

"One time I needed stitches and got a black eye, he headbutted me under the chin!"

Uncle Drew got his name from the now famous character Kyrie Irving played in the Pepsi Max commercials a decade ago, when he is disguised as an octogenarian who schools young kids on the basketball court.

Devenport juggles training Uncle Drew with her job as a service facilitator at Health Care NZ.

"I'm also lucky to have Peter Burleigh around, he's always there to give me a hand with the horses and jogs them when I can't." 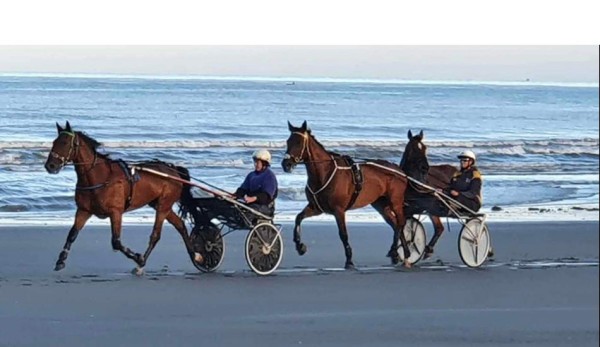 She has a jog track on her property but also takes Uncle Drew to the Otaki Maori track and punctuates that with visits to Peka Peka beach which is ten minutes from her home.

"The key to him is keeping his mind fresh so he doesn't get bored."

With limited grass track opportunities in the north and Uncle Drew "not liking Manawatu" Devenport doesn't know what's next but reckons he'll be good for another season at least.

The head-butting horse that surprised punters at 15-to-one in the Taranaki Cup may not be done just yet.