Two from two for Nathan Purdon 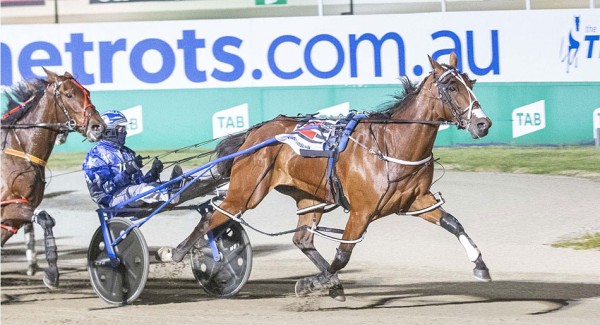 The rise and rise of Nathan Purdon in Victoria continues.

Purdon’s won with both his runners in the rich Vicbred semi-finals at Melton last night.

He top-and-tailed the stellar 12-race card, winning the opening race with two-year-old filly Amore Vita and the last event with Spellbound.

“I really like this filly and I think she could be a bit special next season, but that was impressive tonight,” he said.

Driver Chris Alford added: “That was a terrific run. I couldn’t be happier heading into the final.” 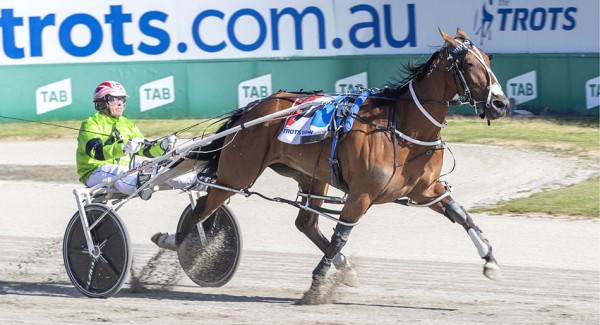 Amore Vita sat off the pace and unleashed a stunning finishing burst to win running away by six metres in a 26.7sec closing quarter and 1min56.2sec mile rate for 2240m.

The other 2YO fillies’ semi was won by Emma Stewart’s emerging Fiammi, who made the most of an easier run to gun-down star stablemate Encipher.

Amore Vita has the pole in the Group 1 final on New Year’s Eve, while Encipher has the back row (gate 11) and Fiamma has gate five.

Spellbound used the pole to lead, dawdled and zip home in 27.1sec for driver Stewie McDonald to win her semi of the 4YO mares’ series.

It will be much harder in the final now she’s drawn outside the front (gate seven), but the other heat winner, Maajida, will also need luck from inside the back row (eight).

Maajida was one of a staggering six winners on the night for Emma Stewart and Clayton Tonkin.

By far their standout star (yet again) was champion three-year-old filly Ladies In Red.

Despite coming from outside the back row and sitting parked. Ladies In Red reeled-off closing splits of 54.3 and 27sec flat to nab star stablemate and leader Joanna in the last stride.

She’s the best 3YO filly Australia has seen since the likes of Tailamade Lombo and Lombo La Fe Fe more than 20 years ago.

Ladies In Red horror run with draws continue for the final with gate nine, while Joanna has the pole.

Stewart and Tonkin qualified seven of the 12 finalists in that 3YO fillies’ final, including Beach Music (11) and Rogue Wave (12), who ran the quinella in the other semi.

Anthony Butt added some more Kiwi flavour to the semis when he whizzed the emerging Solesseo Matuca around to the lead and won strongly.

The Damien Burns-trained colt has gate six in a very open final.

Rivalling Ladies In Red for the best pacer in the series, brilliant four-year-old Honolua Bay made it four wins from as many starts for Stewart and Tonkin when he led throughout to easily win his semi.

It was little more than a sprint home in 26.4sec.

Honolua Bay will dominate betting for the final from gate five, which should see him work across to the front for driver David Moran.

NSW raider Jay OK was outstanding winning his semi, but has to overcome an awful draw (12) in the final.

Bondi Lockdown stamped himself as the one to beat in the 3YO colts and geldings final with a powerhouse semi win, overhauling leader and favourite Beyond Delight late.

“He smashed the track record at home by two seconds during the week, so I knew he was in a good place,” trainer-driver Aaron Dunn said.

Bondi Lockdown has gate five in the final.