Today we have the second part of our series on all the first season sires at the NZB Standardbred Yearling sales at Karaka and Christchurch (Feb 13-16). 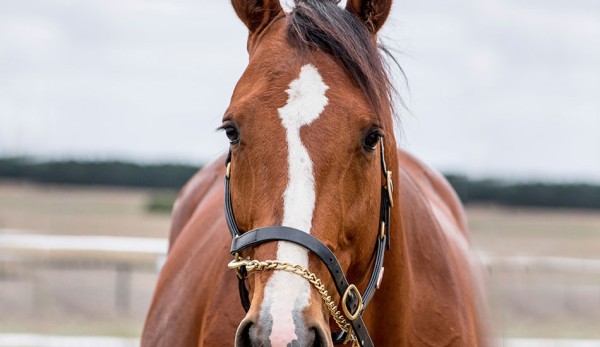 With three of his first crop of yearlings being sold at the Christchurch Trotting Sale, En Solitaire represents some of the most modern Anglo-French bloodlines available to New Zealand trotting enthusiasts.

His dam is a Love You sister to 15 winners, including millionaire Group one winning and producing sire Kaisy Dream. It is an outstanding pedigree that was always going to be a wonderful outcross for New Zealand mares.

While New Zealand breeders are more then familiar with the exploits of Love You progeny, Ready Cash bloodlines have proven potent in France where he has topped the sires table six times.

En Solitaire was unraced due to injury and served a small crop of mares in Australia in 2018/19, after being imported from France.

He was then transferred to Macca Lodge in Southland where he has been fairly well received in the highly competitive trotting market, particularly given he stands in the flesh and is one of only a handful of fresh semen options available.

Brent Macintyre was immediately impressed by the French import from the moment he walked off the float with his eye catching looks and impressive bloodlines attracting the likes of super producer One Over Kenny each of his first two seasons at stud.

He is represented at Christchurch by the following three lots;

185: Unnamed, colt out of Moment of Beauty (Angus Hall)

Lot 148 is a half sister to the stakes performed Musgrove and his preparer has been impressed by the incredible nature and temperament which has been a common theme among those with offspring by En Solitaire.

He is also stamping his progeny with plenty of bling, hardly surprising given he has a blaze himself that would give Sweet Lou a run for his money.

His offspring are finding their way to some of our best trotting trainers with Tim Butt going out of his way to secure a filly by the name of Rogue Queen who is impressing him with her gait and strength.

The latest from Tim is that she may race as a late two year old later in the season and should only get better with age as many of the French breed do. 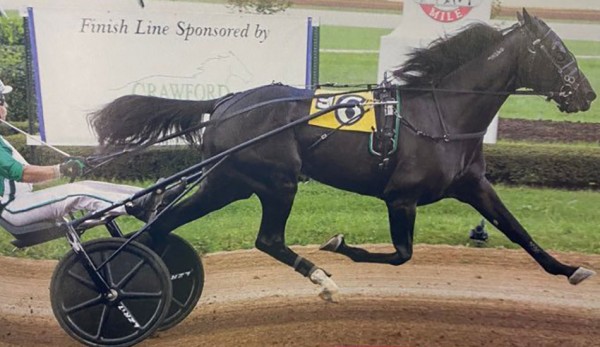 Tactical Landing was a top racehorse in his own right, winning $812,300 from 16 starts – an excellent total in a brief career. As a three-year-old he won nine races and was four times placed from 14 starts for $810,800 and was one of the highest stakes-winning trotters in North America in 2018.

Undoubtedly the highlight of his stellar three-year-old campaign was his front-end win in the $500,000 Breeders Crown Final at Pocono Downs, in which he defeated Met’s Hall and Crystal Fashion by open lengths in 1:52.2 on a sloppy track.

Tactical Landing took his record of 1:50.4, winning a leg of the time-honoured Kentucky Futurity at Lexington and finished second in the $434,000 Final in a world record 1:50. He also captured a division of the $240,000 Bluegrass Stake in 1:51.2 at Lexington and an elimination of the $1.2m Hambletonian in 1:52.4 and was a strong third in the final.

Tactical Landing closed out his campaign with a hard-hitting win in the $350,000 TVG Championship at The Meadowlands, sitting parked for the last half-mile and defeating 3YO Trotter of the Year Six Pack by 2-½ lengths in 1:51.8.

Not many stallions come prepackaged with credentials such as Tactical Landing.

His popularity has meant that his frozen semen availability down under is extremely limited and despite commanding a $15,000 service fee, commercial breeders have snapped up the opportunity to patronize their mares. Tactical Landing served 12 mares in his first season at stud for 8 live foals, with five of them available in the 2022 NZB Standardbred Yearling Sale.

In Auckland he has one yearling;

In Christchurch he has four yearlings;

183: Unnamed, filly out of Petite One (Angus Hall)

Tactical Landing’s first crop of yearlings went under the hammer at the revered Lexington and Harrisburg Sales in 2021 for averages of $43,000 (68 yearlings) and $50,000 (18 yearlings) respectively. It would not surprise anyone if he was to fetch similar numbers for his debut at Christchurch and Karaka.

Each yearling offered represents some of the best bloodlines on offer in New Zealand.

In a blessed bunch, lot 145 catches the immediate eye of a trotting enthusiast. Wilma’s Mate was a winner of the G1 Four-Year-Old Ruby and was also a winner of the New Zealand Trotting Oaks. Her sheer speed was unrivalled when she put it all together and his genetic deck of cards looks set to be stacked with a few aces given he hails from the wonderful Rob The Nest breed. 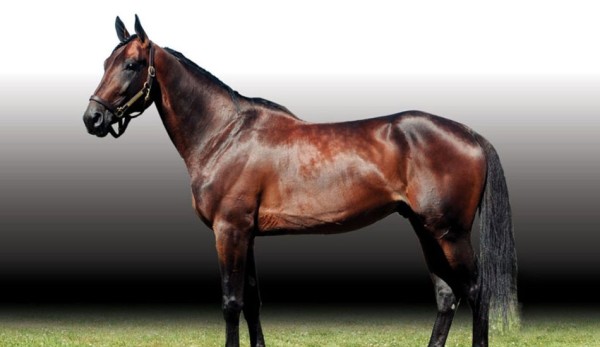 The announcement of Volstead’s availability to breeders down under in the 2019/20 breeding season was met with waves of excitement. It represented the first-time trotting breeders had access to a son of Cantab Hall via a chilled semen option and he got solid support, serving 55 mares over two seasons. Unfortunately, with an impending HRA Stallion tax his management made the decision not shuttle him for down under duties this breeding season.

Volstead’s sire Cantab Hall is from the same vaunted family that has produced the famous Hall trio of brothers in Conway, Andover and Angus (Hall). Cantab Hall’s dam Canne Angus is a full sister to living Hall of Fame inductee, Amour Angus who as well as producing the three highly credentialled stallions mentioned also left the dam of another current sire in Trixton.

Cantab Hall himself has achieved global success as a stallion producing the likes of millionaires and now stallions Father Patrick, Pastor Stephen and Explosive Matter. In late 2020 Hanover Shoe Farms listed his career earnings as a whopping $99,602,954, and with all age earnings in North America alone in 2021 of over $6 million, he has easily eclipsed the $100 million marker.

Back to Volstead! He is out of the Yankee Glide mare Madame Volo. Volstead was purchased as a yearling at the 2012 Lexington Selected Sale. Madam Volo’s second dam is by Armbro Goal, thereby offering a double dose of Speedy Crown bloodlines on Volstead’s maternal line, making him ideal for a wide variety of New Zealand mares.

Volstead is a full brother to stakes-winner High Bridge and his family also includes stakes-winners Missy’s Goalfire, Have You Ever, Lassie’s Goal, and Lear Jetta.

He raced out of Melander’s top Swedish barn earning 5,876,324 SEK, winning 23 of his 72 race starts, competing in Swedish elite Gold Division against some of the very best horses in the world.

Volstead’s victories including the Group 1 King Gustav V Pokal or King’s Cup and the prestigious international Sweden Cup, in 2017, run like the Elitloppet, in heats and a same day final over a mile. It was in this final that he went his fastest time of 1.51.5 on Solvalla’s 1000m track, The previous year Volstead qualified for the Elitloppet by winning the Group 2 HKH Prins Daniels Race, just missing out on the final, won by his stablemate Nuncio.

For any buyers looking to get their hands on a yearling by Volstead, opportunity will be scarce with just the one filly in the sale;

She carries with her some impressive residual value being a half to three winners such as the G1 placed BD Khaosan and the talented BD Yasathon. Her dam is also a half sister to Anreca Hest, the dam of The Fiery Ginga and traces back to Moccasin, the dam of 1968 Interdominion Trotting Final winner, Stylish Major. She was also the dam of 1966 NZ Trotting FFA winner Le Chant who upon being exported to North America has the distinction of being the grand dam of Grades Singing, arguably one of the greatest trotting mares to ever grace a racetrack. She won nearly $3 million in stakes and 14 G1’s in seven different countries spanning two continents.