With the sheer number of race meetings over the Christmas – New Year period, major milestones have been achieved, almost daily. So here’s a recap of how 2020 finished and 2021 has started.

For some their wins were their first. 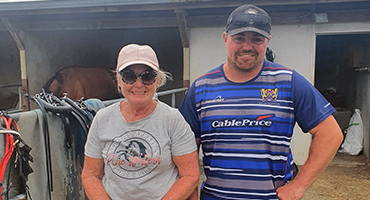 Blenheim-born 27 year old Jack Best had his breakthrough victory since forming a training partnership with his mother Anne-Marie Best when Valley Star won at Nelson for Ricky May. They train at Rolleston just outside Christchurch.
“It was a good thrill and when I sat back and thought about it, it was nice,” Jack Best said. 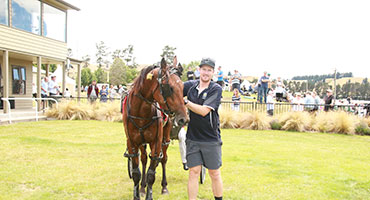 It was a similar scenario for Jamie Campbell. He’s already had nine wins as a driver but his success with Mickey Fitz (Blair Orange) at Wyndham on January 6 was his first as a trainer. Campbell juggles training and driving with his full time job as a teacher at Central Southland College.
“I do my horses in the morning and the afternoons, I have four in work, which is probably a wee bit many,” Campbell said.
“Then I am away teaching and it just keeps me busy enough, really.” 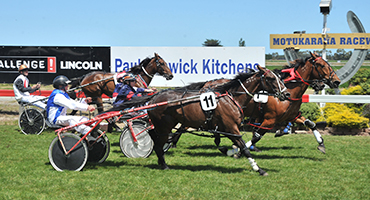 West Melton-based Joseph Gray had his first winner as a trainer when Key Reactor won at Banks Peninsula on December 29. After starting out in 2017 it was Gray’s first win in 44 starters.
Drawn 1 Key Reactor was slow away, but Jessica Young-Grant manoeuvred the horse into the one-one and then produced a determined finish to win by a head. It was Key Reactor’s first win too, in 22 starts. 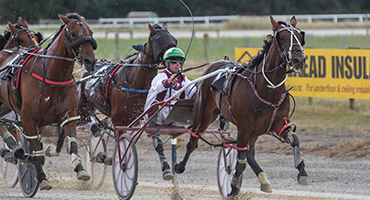 Also getting a first win with their first starter as a new training combo were Cran and Chrissie Dalgety when Shards In Manhattan won at Rangiora on January 3.
“It’s great to be back,” said Cran Dalgety, “years ago I probably never thought I would be training in partnership with Chrissie….. and it’s quite exciting.”
Cran Dalgety has had over 1200 winners training on his own account, as well as 51 with Nathan Purdon last season. 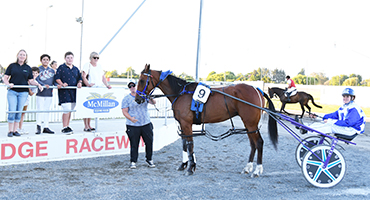 The in-form Arna Donnelly had her 200th winner as a trainer when New York Minute paid $26 to win for stable employee Alicia Harrison at her home track at Cambridge.
This season Donnelly ’s been firing with 23 wins from 123 starts, with winners including talented types like Taipo, Kango and The Banker. She started training in 2004, and is on track to eclipse her season’s best tally of 33 she had in 2019. 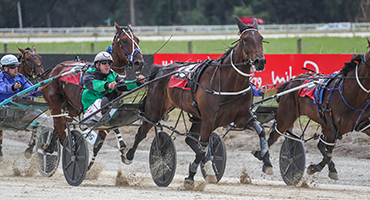 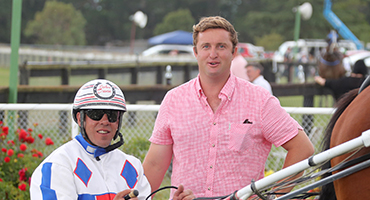 Gavin Burgess had victory number 50 when Rocknsnap triumphed at Rangiora on January 3 while at the same meeting Tom Bagrie also chalked up the half century when his promising trotter Excuse My French went two from two. Both Rocknsnap and Excuse My French were driven by John Dunn. 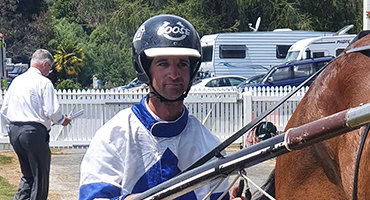 Of the drivers achieving milestones Robbie Close made it 300 successes, when hot favourite Dennis Denuto won at Reefton on December 30. Named after the bungling lawyer in The Castle it was Dennis Denuto’s first win in six starts, the winning margin eight lengths! (It must have been the serenity). Goose, as he is known, reined home his first winner in 2011 as a junior driver, his best season being the 51 successes he had in 2020. His 300 wins came from 3286 drives. 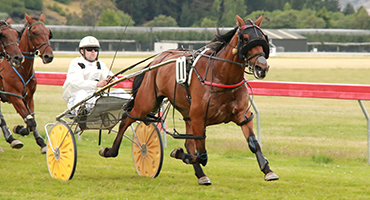 Mark Hurrell got his 100th driving success with Tad Lincoln at Wyndham on January 6. He had a double on the day (along with Aveross Majesty) and that followed a treble with To Ri Caitlin, American Mac and Pastrana on December 16 at Forbury Park.
“The 100 has been a goal of mine for some time,” he said. 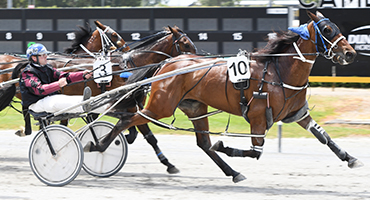 Bringing up the ton too was Tony Cameron. He drove the Cheree Wigg-trained Lynton Creek to victory at Cambridge on Christmas Eve. His first win was in 2012 with Attitude Adjuster  though many of his wins have come with horses trained by his boss and driving great Tony Herlihy including Natty Pagger, Tickle Me Pink, and LL Cool J. 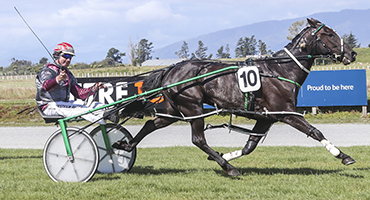 A Boxing day double at Westport with Hayden Bromac and Jenabella saw trainer-driver Matt Purvis also pick up 50 driving wins, though he had three training successes on the day, with Rocknroll Mama also getting home for John Dunn.

And some more special moments could be just days away, with Jonny Cox one win away from 600, while Gerard O’Reilly is on 593, Brent Mangos on 399 and Alicia Harrison 48.