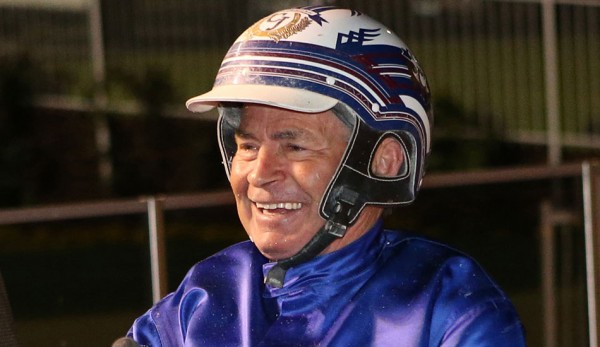 Colin De Filippi knows a thing or two about the Rowe Cup – and barring a major mishap he can’t see Sundees Son getting beaten tonight.

The veteran horseman trained and drove Stent to win the great race in 2015. His winning time of 4:03.6 remains the race record.

Twenty years before Stent's win he also won with So Long Eden for trainers Roy and Barry Purdon.

“I was also up there when Dad’s horse won it but I didn’t have a raceday licence so Denis Nyhan drove it,” he recalled this week.

The horse he speaks of is Cee Ar, who was trained by his father Rod De Filippi, and won eleven from 99 in the late 1970s.

Fast forward nearly half a century and De Filippi will be watching tonight’s edition of the great race from his home in Canterbury.

And like many he thinks Sundees Son is as a close to a certainty as you can get.

“He’s pretty much unbeatable at the moment, he’s trotting superbly,” says De Filippi , "he looks a cut above them.”

Drawn one Sundees Son is currently as short as $1.55 to make it win number 21 from 52 starts but if he gallops or has bad luck in the running others are poised to pounce.

“There are four or five nice horses… Bolt For Brilliance is an up and comer, Temporale’s been a good horse and Oscar Bonavena could be a threat if he’s back to his best.”

Sundees Son is the current New Zealand record-holder for tonight’s distance of 3200 metres. He won the Dominion at Addington in 4:00.5.

If he’s on his game a seventh Group One could be his, along with De Filippi and Stent’s race record.