“That’s a bit special,” he said after Saturday's race.

In the small field driver Brad Williamson slotted the horse into the one one and he let down nicely to beat favourite Foveaux Strait by three quarters of a length. It was just his second start, paying $28.30 and $4.10.

“He had a lovely run and was beautifully driven by Brad. I’ve had a bit to do with him this time round and I think he’s got a future.” 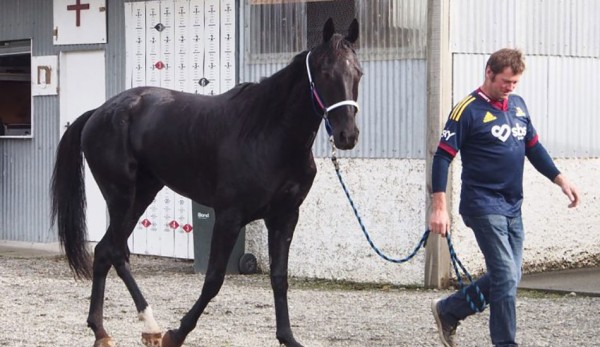 Stratford’s other runner in the race was the more fancied Tuneinsportsfans which ran home nicely for fourth.

“He got back on the markers, and they ran home in 57 (seconds) on a wet track so he went well. He’s got a bit to learn.”

Betterthanarocket (Betterthancheddar) is owned by the Flashing On Syndicate which includes Ross Cleland, Paul Matheson and Sid Breen.

The four year old is out of the Christian Cullen mare Trendy’s Rocket which left five foals of racing age all of which have qualified. The mare’s best winner was Santanna’s Rocket which won six races for Sid Breen and another three in Australia. She also left Cheddar Made Beta the winner of seven races.

Stratford’s first winner was Idle Meadow at Wyndham in March 1994. The Meadow Roydon gelding was at odds of 27-1.

Stratford’s best season to date was 2018 when he trained twenty four winners, including War Machine, Especial and War Admiral.

In twenty eight years Stratford has handled some nice horses.

Pulp Fiction was another of his good horses. He won twelve races including two Riverton Cups.