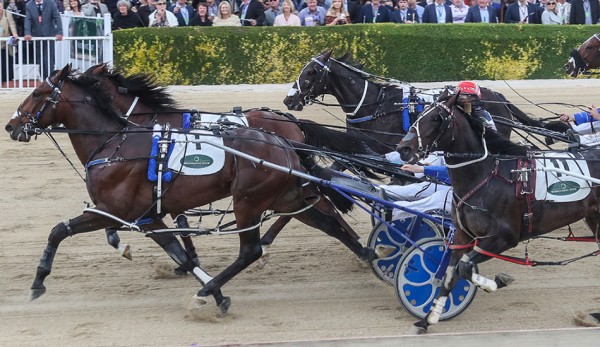 More than a year has passed since the Covid19 pandemic stopped racing in this country.

Rather than bringing the industry to its knees as it well threatened, administrators and participants showed great fluidity in accepting widespread change that has allowed the sport to thrive in the short term.

The New Zealand Sires’ Stakes Board played a significant role in the post-covid revival of Harness Racing with several of their big races swiftly rescheduled providing some certainty when it was most needed.

The clashes of Krug and American Dealer, the small but select group of four-year-old trotters led by Bolt For Brilliance and the talented mares in Amazing Dream and Need You Now going to war on Cup Day were timely.

They set the tone for a fantastic season that has seen turnover flourishing and proved that a sport with conservative roots can adapt for the greater good.

With the short term looking much brighter and the challenges of Covid in the rear view, the long term future is set to undergo a significant transformation with a recent Special General Meeting being hailed as “a defining moment and a catalyst for change.”

The change was decided at a Special General Meeting at HRNZ’s Christchurch headquarters on Thursday, May 27. Representatives of more than 40 clubs were involved, either in person or via Zoom.

While there is still very much to work through in regard to dates and programming, it appears to be a watershed moment for Harness Racing.

“I would like to congratulate the industry on the decision, I think it’s a very positive one,” said NZ Sires' Stakes Executive Martin Pierson.

“The transition is going to be challenging, but once we get past that, it will be enormously positive, I think.

The move mirrors a similar one made by Harness Racing Australia last year that allowed them to revamp their racing calendar and allow for juvenile and feature races to be spread out rather than condensed into a narrow window.

Increased turnover, participant engagement and breeding numbers have all been directly attributed to the cause and effect of such change in Australia.

One of the consequences of failing to align with Australia could have had a detrimental effect on our racing numbers with age group horses being afforded what is essentially a 5-month extension on their current season.

In basic terms it could have seen a mass exodus of our age group talent to Australia to take advantage of the anomaly.

With the change coming into effect here immediately, work is well under way to carve out a new racing calendar with any prospective change needing to be voted on by the industry stakeholders.

Just as important is the transitional period through to the new year with standardbreds no longer turning a year older on the 1st of August.

“That means the Woodlands Stud sponsored Sires’ Stakes Colts & Geldings Final for Series 38 will not be run as a three-year-old race, but heats will be run through October as they have traditionally and will finish up on Cup Day at Addington,” he said.

While it could be assumed that this will set the precedent for future series to be run on Cup Day as a two-year-old final becoming the norm, that is yet to be determined.

Dunstan Horsefeeds, who have become prominent supporters of the Harness Racing code, have re-signed for a second year with the Sires’ Stakes Board having taken over what was formerly the Alabar Fillies Series.

“The Dunstan Horsefeeds Fillies Series 38 is also business as usual with the first heat being run at Ashburton during Cup Week and finishing on New Years Eve at Alexandra Park in Auckland. The only change being we will not be calling it a three-year-old series,” said Pierson.

The popular NZ Yearling Sales Aged Classic Race at Kaikoura has undergone a minor tweak to reflect the change also.

“We are going to allow the running of three-year-olds this year, as if we had excluded what would have previously been early season four-year-olds, it could have had a negative impact on the field size with several runners in each of the last few years falling into that category,” he said.

“The same will apply for the Nevele R Southern Mares Classic to be run on Show Day,” he said.

The only other minor change to the pacing series being administered by the Board is that of the Harness Million ‘Series 2’ which under the old terms was a three-year-old race to be run at Alexandra Park on New Year’s Eve.

“NZB Standardbred had indicated to us prior to the birthdate change that they would like to try and tie that race into their Yearling Sales at Karaka so that race is highly likely to be moved into the new year with a date still being finalised with Harness Racing New Zealand.

Changes for the trotters at this stage are minimal with the Sires’ Stakes Series 38 to be run in 2022 as was originally intended, however dates are to be confirmed. 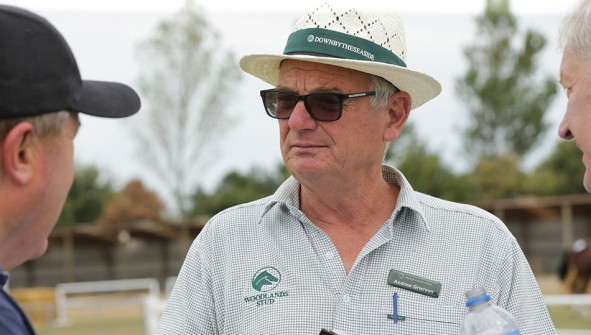 True Fantasy is the early favourite but a top line-up of two-year-olds have qualified for the Dunstan Horsefeeds Sires’ Stakes Fillies Series 38 Final at Alexandra Park on New Year’s Eve.