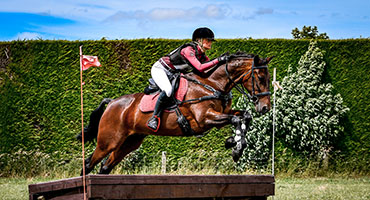 Shanna Walters hasn't got far to look to see the potential of the standardbred.

The star horse on the dairy farm she manages in Southland is Run Fatboy Run, a former racehorse who's now a star in the show ring.

Since acquiring him Walters and "Fat Boy" have since formed quite the relationship - "this is his forever home".

"He has a real 'look at me' factor - he has a presence," says Walters.

On the Otago-Southland A and P circuit they have had lots of success.

"There have been lots of titles, supreme and champion, it's like two years of winning."

High on the agenda now is to get to Horse of the Year. 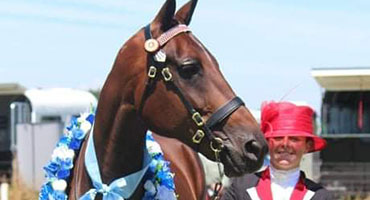 Not that the 24-year-old Walters is a one-horse wonder, far from it. She's got others, and is keen to get some more.

"I got my first one at 15 because I wasn't allowed to get one growing up because they were too expensive. I've still got him nine years later".

There's also Rare Exception, who won his only start for trainer Ivan Court in Nelson in 2011. He's won plenty of titles and "jumps like a stag".

"He doesn't show anymore but he jumps 90cms, goes eventing and goes on hunts at the weekend."

Walters' life is getting a bit busier now too, after recently taking on a role as a HERO educator.

HERO is Harness Racing New Zealand's re-homing programme. It's all about giving horses a life after racing by re-educating them.

"It usually takes between six and eight weeks and it's just so rewarding giving them the best start possible to their riding careers."

Just new to the job Walters has already re-homed her first standardbred.

Keep On Dreaming aka Buddy only finished racing in February this year, after four wins from 14 starts. He was quickly snapped up when offered for sale.

"I had a cry when Buddy left."

Now she's working with Koromiko Eyre, a one-race winner who's now seven years old, and is always on the look-out for more.

Overall Walters reckons she's re-homed around 10 horses over the years and is delighted to be part of something official like the HERO programme.

"It's really exciting ... I'm keen to break down the barriers when it comes to standies, they can make outstanding riding horses." 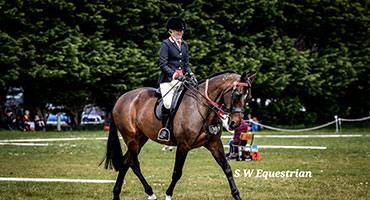 Walters says she's also lucky to have the support of her partner (Brayden Carran) and her employers Stew and Amy Vaughan. Their farm is at Tuatapere, the so-called sausage capital of the country.

"They are the best bosses," says Walters, "they are great with me getting time off to go to competitions."

"They even built an all-weather arena for the horses, it's huge, about 35 metres by 60 metres!"

Walters is up at 5am most days and after her day job as manager of the 350 cow farm she tends to her horses for two-three hours in the late afternoon.

She says she wouldn't have it any other way.

"Life is pretty much work and horses," says Walters, 'and that's just the way I like it."