Self Assured and Seve star at Alexandra Park

Self Assured’s comeback at Alexandra Park on Friday was so perfect he earned himself a week off racing.

Because champion trainer-driver Mark Purdon says the wonderful pacer is where he needs to be for his upcoming clashes with old adversary South Coast Arden.

Self Assured overcame settling last and then sitting parked in his 2200m comeback on Friday night before overpowering leader Kango then holding out the brave late dab of B D Joe.

It was exactly how Purdon was have liked to start a busy campaign for the former New Zealand and Auckland Cup winner, just sprinting the last 600m in more of a trial style than a gutbuster race, although the 54.5 second last 800m was a reminder of what a horse he is at his peak.

“He felt really good and that will bring him on further,” says Purdon.

He was planning to take Self Assured to Cambridge next Thursday but says he doesn’t feel the need to do that after the win so he will likely wait for the next Alexandra Park meeting on February 3.

“I was only going to race him once before the free-for-all on February 12 and after that I think I will bring him back here.”  The win confirmed what Purdon thought after the Cup carnival at Christchurch, that Self Assured was better than he was racing, with his good but not great performances there put down to allergies.

Another superstar pacer to please Purdon at Alexandra Park on Friday night even without racing was Akuta.

Fresh off his winning return to racing at Nelson two weeks earlier he went for a private workout between races as Purdon tries to get him used to Alexandra Park before the Harness Million on February 12.

“I want to give him as many opportunities to get used to the right-handed as I can, even though he has been good that way at home,” explains Purdon.

“He handled it really well but racing will do him no harm so he will head to Cambridge next Thursday for the Waikato Guineas there and then back here for the February 3rd meeting to get him spot on for the Millions.” 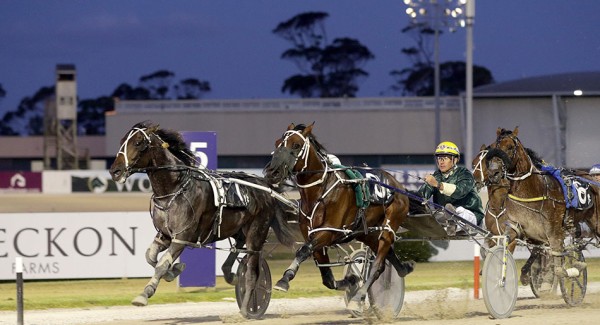 While the return of a genuine superstar is the highlight of any meeting it was run close by the winning debut of Seve in the first two-year-old race of the season.

The hot favourite needed all of the Alexandra Park passing lane to wear down the leader Frankie Major, no mean effort considering the leader paced his last 400m in 27.9 and almost pulled off the debut win after a cunning David Butcher drive. 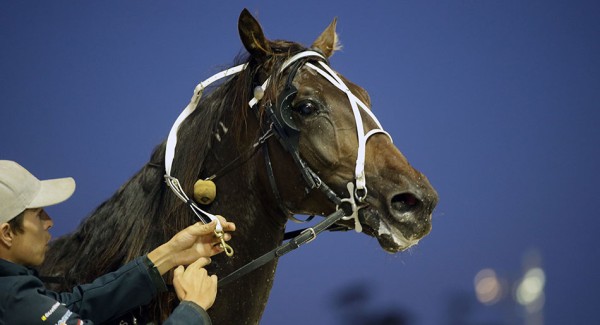 Seve’s win means former hero pacer Vincent starts his stud career here with a winner with his first representative and trainer-driver Tony Herlihy says there is better to come.

“We sat and sprinted and that didn’t really suit him but he still got it done,” said Herlihy.

“He is quite a strong horse with a bit of bottom to him so I think he will keep improving and will be even better with more pace on.

“So it is a good start for Vincent and you hear a lot of good reports about them.”