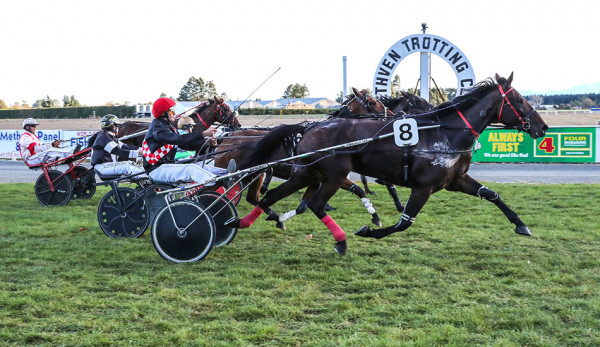 On Sunday the man they call “The Master” prepared and drove Full Of Hope to victory at Methven in a race that commentator Matt Cross called one of the “best of the day”.

“It was a buzz,” says Nairn though his elation was somewhat tempered by a visit to the judiciary.

He was charged for using the whip free of the rein in the home straight.

“I forgot about the new rules,” he said, “that you’ve got to hold onto both reins - I didn’t realise what I’d done and when I did, I pleaded guilty.”

The new rules came into effect this season. The Judicial Control Authority (JCA) suspended him from driving for six weeks.

“I was more hopeful rather than confident, “ said Nairn, after the five-year-old’s last start seventh at Motukarara the previous week.

The 3000m race changed complexion over the final few hundred metres with Prince Ranier, Sunnivue Phileah, Girls Let Loose and Sioux Princess all looking likely before Full Of Hope produced a telling burst down the outside to win by a neck.

It was just the mare’s third start back with Nairn, after a stint with Regan Todd. It was win number three from 23 starts. 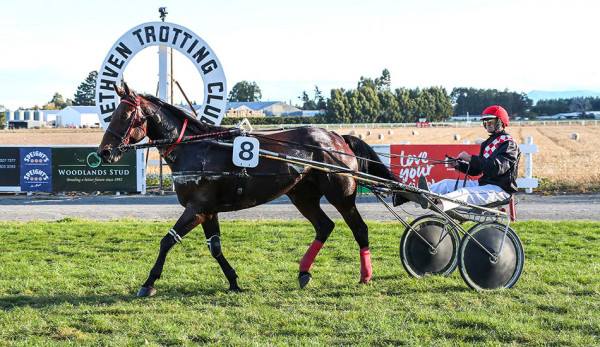 Full Of Hope’s family is one Nairn knows a thing or two about, having been associated with both sides of the horse's pedigree. He trained both the sire Waterloo Sunset (7 wins) and the dam Day Of Reckoning (7 wins) . Inspire, Waterloo Sunset’s mum, won nine for Nairn and her mum Enthuse was also a winner for the stable.

Nairn is widely acknowledged as one of the great trotting trainers - “it’s good to get compliments but I do still make plenty of mistakes” – and since the mid 1980s he has chalked up over 350 training successes with top-liners such as Call Me Now, Dr Hook, Stig, Habibti Ivy  and Habibi Inta, who won the 2019 Dominion Handicap by more than seven lengths.

He doesn’t drive much these days with Sunday’s winner being his first in the sulky since Matua Tana and Full Of Hope won at Reefton in December 2018.

“These days I leave it to Blair Orange or Bob Butt , the guys who are doing it all the time.”

He’s planning to drive Full Of Hope again at Rangiora this Sunday, before his indiscretions last week will see him have an enforced break.