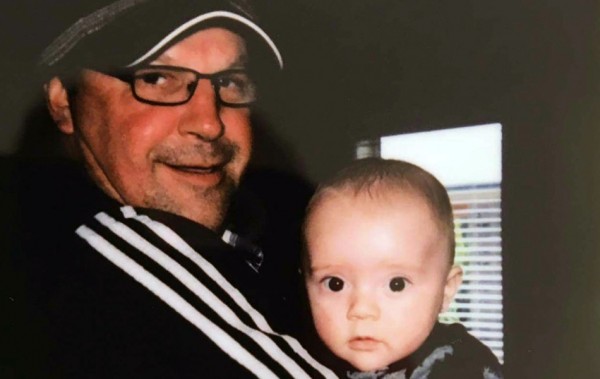 The industry was left saddened on Wednesday by the tragic and premature passing of noted journalist and form analyst, Stu Bailey.

The North Canterbury native passed away aged just 51, at the Wesley Care facility in Papanui, Christchurch, less than five months after being diagnosed with Stage 4 Melanoma.

Stu was best known for his work as a scribe, firstly at the now-defunct long-time weekly newspaper, Friday Flash, but also for Trot Guide, HarnessXpress and The Informant.

He turned his hand to many things in his working life and after working as a butcher and courier after leaving school, he became permanently immersed in the racing industry.

His roles included, but were not limited to bookmaker, form analyst, driver agent and stable worker.

Ashworths Beach horseman Brent Borcoskie, a friend of Stu’s since their time at Rangiora High School, says he was always destined to be immersed in the racing industry.

“I remember he used to walk around with the Turf Digest in his back pocket at school and I think he spent more time studying that than his school books,” he joked.

His father Ernie owned a few racehorses and Stu had friends in the industry but he opted initially to do a butcher’s apprenticeship after leaving school.

“He ended up at the Belfast freezing works and it was around then that he started working in a few stables in the off season; Robin Butt, Davey Butt and a few others.”

Another long-time friend, trainer Cran Dalgety says Stu had some good fortune around this point that made him very popular amongst the racing fraternity.

“Stu was a punter right from day one,” said Dalgety.

“Most of us that worked in stables were living off $90 a week and any spare cash we had went towards socialising.

“Stu put his in to punting. That’s probably why he lasted a bit longer at school than the rest of us!

“At the time that was like a million dollars. We just thought, how good!

“We treated him like a God after that. We just thought, this man is not human.”

Borcoskie also recalls Stu winning a Pick 6 jackpot in the vicinity of $70,000 in the 1990s back when that kind of money probably would have bought a house in Auckland, let alone Christchurch.

By the mid-90s Stu had become good friends with racing journalist Tony Clifford, for whom he would later serve as best man at his wedding.

Clifford was the Canterbury ‘man on the ground’ for the Friday Flash at the time and would eventually move to Australia after grooming Stu to take over the job.

“Tony sort of took Stu under his wing and I’m pretty sure that even though we were paying Tony to do ‘formlines’ and selections, it was actually Stu doing them.

“Once Tony left, Stu stepped up and he represented the Flash in great light.

“He was well-connected; there weren’t many people that didn’t know Stu in the Canterbury region.”

After the Friday Flash ceased production in 2006, Stu purchased the established weekly Trot Guide publication, which to that point had been developed by Rob Courtney.

He continued that for a few years for a loyal fan base, reviewing trials and workouts before the videos were commonly available among other things, before accepting a position to be an odds-setter for the TAB.

It’s a position he excelled at and one he stayed in for the better part of six years from around 2008-2014.

In the middle of the last decade he returned to his roots and took on a niche role with the HarnessXpress, mainly as an opinion piece writer.

He was well-abreast of the machinations of the industry and suitably qualified to hold any and everyone to account for a lack of performance or injustice.

It proved both popular and polarising.

“Stu was highly opinionated but he wrote it in a way that was very constructive,” said Dalgety.

“He thought about what he said and was measured in his approach.

“It’s well-documented that he could be critical and ruffled some feathers but his opinion was always to be respected.”

Stu moved to Brisbane at the end of 2017 to take up a role with Ubet – effectively the Queensland TAB – but after the company was bought out he was made redundant and returned to Canterbury in 2019.

In the last couple of years he also did social media for the stable of good friend Mark Jones and also temporarily took over similar roles at Bromac Lodge and Dalgety’s stable after good friend and fellow journalist Jeff Scott fell ill.

Jones and Stu were cut from the same cloth – not afraid to speak their mind and built with the courage of their convictions.

“He was a good racing man with the industry at heart,” said Jones.

“He used to upset a few people by telling the truth of a situation and speaking in hard facts.

“But he did it with the best of intentions for the industry to try and make it better for everyone.

“He was also a very good judge of form and that’s why he got jobs as a bookmaker.

“When I was really flying as a driver he was my manager and had the final say in what drives I took.

“The records show that he was doing a good job because I drove a lot of winners.”

People gravitated towards him when in his company and that’s part of the reason he became close friends with former All Blacks Zac Guildford and Israel Dagg after a chance meeting at the races.

The latter, along with wife Daisy and their kids, ended up buying the property next door to Stu eight years ago.

Asked to pass on a tribute to his good friend, Dagg offered the following.

“My mate. My brother. My Stuey.

“No more pain, brother. Be at peace and fly high with a can of red bull and dart in hand watching over us while sitting in that comfy lazy boy.

“Even though you left us so, so early, I will make sure your memory lives on.

“Our kids, Arlo and Tilly will miss their Stuey dearly.”

It was a shock to all his friends and family when Stu was diagnosed with end-stage cancer in late January.

“He took it on the chin and was willing to try whatever they said to beat it,” said Borcoskie.

He tried all options available including an experimental immunotherapy treatment but it was to no avail.

Earlier this month, he was told his days were numbered and he shifted in to palliative care.

His passing came less than nine months after that of Jeff Scott - who worked at The Press for many years – and that of another former Friday Flash scribe from the same era, Wally O’Hearn.

All three were taken well before retirement age at the hands of cancer.

Stu, who never married nor had any children, is survived by his father, Ernie and sister, Jo.

At his request, Stu’s funeral will be a private affair for family and close friends only.