A guaranteed terminating $50,000 Pick 6 has been confirmed for Friday’s Premier meeting at Alexandra Park. The meeting features a stellar programme with seven Group and listed races including the Pascoes The Jewellers Northern Oaks and the Woodlands Stud Northern Derby.

King of Swing hottest of faves for Miracle Mile

Winning machine King Of Swing has opened a $1.35 favourite for Saturday’s Miracle Mile at Menangle. Bred by Breckon Farms and trained by Ray Green before heading across the Tasman in 2018, the son of Rocknroll Hanover has now won 32 from 66 and with no Lochinvar Art in the field is expected to dominate the million dollar feature for Luke and Belinda McCarthy. Stablemate Expensive Ego is the second pick at $7.50. The race is scheduled to go at 11.36pm NZ time.

After 13 placings in 15 starts Bettor Listen finally broke through for a deserved win at Alexandra Park last Friday. Driven by Zachary Butcher the Barry Purdon and Scott Phelan trained four-year-old was a cut above finishing more than two lengths clear of second favourite Alta Wiseguy.

Pres The Belle, a 13-win trotter for Robert Dunn, is changing stables, but not going very far. The seven-year-old has been transferred from Dunn’s stables at Woodend beach to his brother Geoff and his son James Dunn at West Melton. The horse has raced 11 times this season with the last win being the Group Three Southern Lights (beating Dark Horse and The Dominator) at Ascot Park in March 2020.

Jeremy Douglas and Brittany Willis had her first training win when Yankee Shard won at Waikouaiti on February 28. Paying $22 for the win the six-year- old son of American Ideal got home by a length after an explosive finish down the outside for Douglas who also did the driving. It was their eighteenth start since joining forces. Douglas has 22 training successes on his own account, and Willis has one (Money Honey at Invercargill Nov 25 2020). 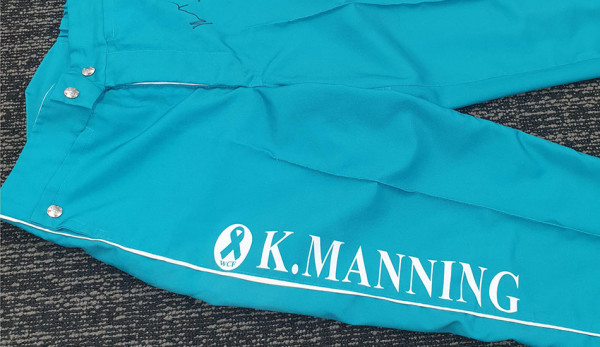 History-making driver Kerryn Manning has donated a signed set of her teal pants as part of the annual Teal Pants campaign to raise awareness of and funds for ovarian cancer research. Manning is the most successful female driver in history, recently going past 4000 career wins. Included in her CV is the 2015 New Zealand Cup when she became the first woman to win the great race, with Arden Rooney. The teal plants are on Trade Me, with the auction finishing on March 11.