Trainer hospitalised after horses lashes out

A clerk of the course for several southern racing clubs, Graeme Mee is recovering in hospital after he struck by a horse last week. The 72-year-old trainer was helping in the shoeing of a young horse when the incident occured. "He will have to learn to walk again, as is the way with head injuries," his wife, Ann, said in a Southland Thoroughbreds Facebook post. Mr and Mrs Mee were to have been clerks of the course for Monday's dual-code meeting at Wingatui.

The former Canterbury pacer Majorca has won her North American debut. Trained by Jamie Gameson she won six from 48 in this country before heading to Australia. She is now based in Delaware and won her debut at Dover Downs, in 1:52. 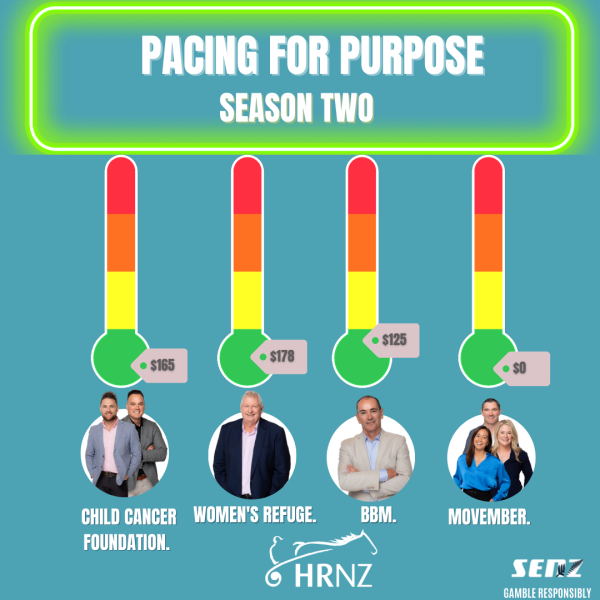 Hotshots Self Assured and Akuta have been this week's winners in the SENZ Radio Pacing for Purpose competition. Every week four shows on the station spend $50 on the harness racing meeting of their choice. The breakfast and morning shows were successful with the All Stars runners at Alexandra Park last Friday, for returns of $105 (Self Assured) and $67.50 (Akuta). It's the second year the promotion's been going. Last year around $4000 was raised for charity.

When Samanthas Moon and driver Brent Barclay won at Wyndham on Saturday it was Brent White's 200th success as a trainer. Based in Ashburton, White started training 31 years ago and his 200 winners have come from 1430 starters. He has ten wins so far this year, highlighted by the well-performed Cranbourne.

The Young Quinn Raceway and Southland record was broken by smart mare Darling Me, when she won the third heat of the Southern Belle Speed Series on Saturday. Her time of 1:51.8 was the fastest ever recorded in the province for a mile, bettering Delightful Memphis’s previous record of 1:51.9 posted at Winton in March 2017. Kiwi On Show (1:52.2) previously held the Young Quinn Raceway record for the distance.

Australian visitor Mach Dan is now officially in training with the All Stars stable of Mark Purdon and Hayden Cullen. The winner of 17 from 41, Mach Dan's owner Danny Zavitsanos has already had a good association with Purdon, with the Purdon and Natalie Rasmusssen-trained Cruz Bromac winning the New Zealand Cup for driver Blair Orange in 2019. Noted for his electric gate speed Mach Dan's last start was a sixth in the Miracle Mile at Menangle. The plan is for Mach Dan to stay in New Zealand till at least the Auckland Cup on May 27.

Gone after a century

After 100 years the Devonport Showgrounds in Tasmania will host its last race meeting this weekend. The inner city site will make way for housing. The venue's remaining race dates for this financial year have been allocated to Launceston, 100 kilometres away.