In a showdown between two of harness racing's emerging stars, Krug beat Akuta by 2 1/2 lengths at yesterday's trials at Ashburton. Starting off 30 metres, 10 behind Akuta, the three-year-old won the 2400 metre trial in 3.02.2. Krug hasn't raced since Show Day when he was third behind South Coast Arden in the New Zealand Free For All while Akuta's last start was his remarkable 10 length win at the Harness Jewels in June. One Change, who is now with Amber Hoffman at Waikouaiti, was another trial winner (2400m - 3:02.7).

Another top two-year-old Suntan has moved from Hayden Cullen to Cran Dalgety. The Trevor Casey-owned filly has won two from seven, and was second in the Sires' Stakes Championship behind True Fantasy in April. She was second at yesterday's trials behind stablemate Chevrons Bypass. And Glenthorne, a useful performer for Kevin Chapman with three wins and 14 placings, has transferred to Arna Donnelly in Cambridge and will debut from his new stable in race 8 at Cambridge tomorrow night (Thursday).

It was an emotionally charged moment for Robbie Close when Times Are A Changin won at Methven on Sunday. Wearing a black armband Close raised his whip after the finish line to salute his grandmother Nancy Hackett who had died just hours earlier. Nancy Hackett was a long standing and respected member of the harness racing community, with her son Bernie Hackett a well known and successful trainer and grand-daughter Crystal Hackett one of the stars of the northern junior driver ranks. Canterbury-based trainer Gavin Mills has also died after training 37 winners since the 1980s. HRNZ sends its condolences to both families.

H of F for Gammalite

Gammalite has been inducted into the Victorian Harness Racing Hall Of Fame. The winner of 94 races including the 1983 and 84 Inter Dominions Gammalite was the first standardbred to win $1m in Australia. He was twice voted Australian Horse of the Year, and died in Terang in 2006.

In his Yonkers debut Amigo Volo has lowered the world record for a 4YO gelding trotter on a half mile track. Trained by ex-pat Kiwi Nifty Norman, Amigo Volo chalked up career win number 18, clocking 1:52.4. 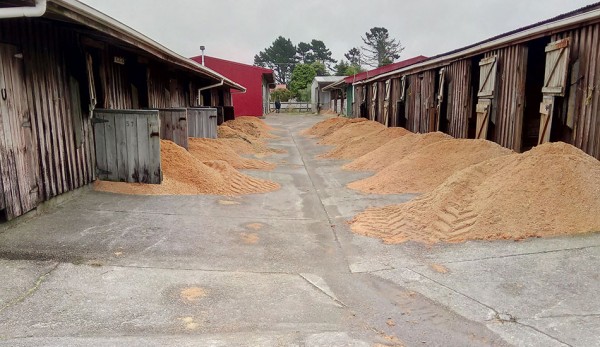 A huge amount of work has been done to ensure Patterson Park will be good to go for their December meetings, after flooding caused huge problems in July. But all is on target. One hundred truckloads of soil and sawdust have been replaced from the stabling area as part of the work done to ensure all is ready for the Westport Trotting Club's big racedays on Boxing Day and on December 28.

The Wairio Trotting Club hold Southern Harness Racing’s major pre-Christmas event at Central Southland Raceway in Winton on Saturday 18 December. The public is very welcome on course although it has been mandated that anyone attending a racing event must be fully vaccinated for Covid-19. Proof of double-vaccination status will be required for all attendees over 12 years and 3 months old to gain entry. The only exceptions will be anyone who provides a Ministry of Health Exemption or children who are under 12 years and 3 months old. Wearing of masks is strongly recommended. The feature race will be the Otautau Four Square Supermarket Wairio Trotting Cup over 2400m for a stake of $20,000.There will be entertainment aplenty with $2 mini jeep rides for the kids, a lolly scramble and the traditional visit by Santa Claus. Losing tote tickets can go into lucky draws throughout the day. The first race is timed to start at 12.00 noon. Admission is free and inquiries regarding tent sites can be made via Lindsay Beer, Promotions Officer, Southern Harness Racing, 021 351 499 / [email protected] 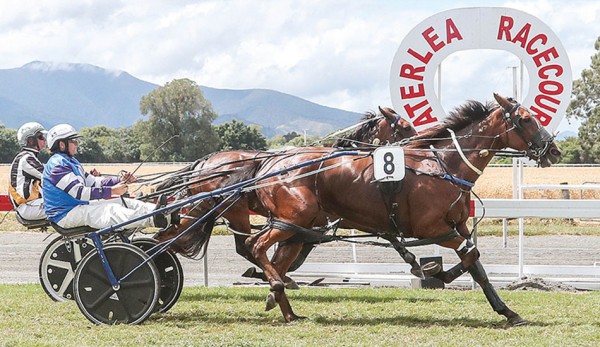