By Jonny Turner (for the New Zealand Standardbred Breeders Association)

Their three-year-old Westar Molly (Changeover-Pandora’s Rose-Badlands Hanover) bettered a 22-year-old New Zealand mark when winning her 2000m standing start assignment at Addington on Sunday, November 28.  The Greg and Nina Hope trained pacer’s winning time of 2-30.1 eclipsed the previous record of 2-30.7, set by Countess Kala at Oamaru in May of 1999. 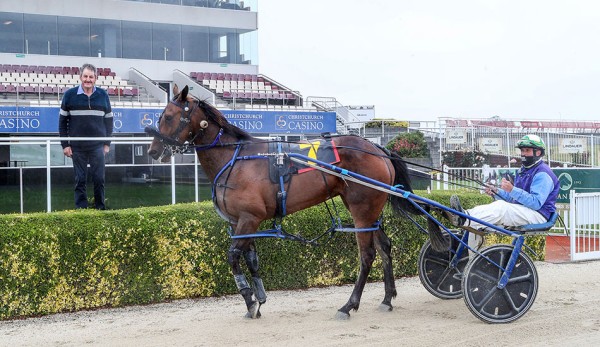 Though the filly had the advantage of the recent change of seasons on her side, she did it the hard way. Westar Molly set her new record on a rain-affected, easy-rated track and did so after sitting parked for much of the race.

“It was a bit of a surprise, we were just watching at home, but she did well,” Liz Broadhurst said.

“Changeover was one of my favourites, he was a wonderful horse and he did it right the way through.”

The breeder-owner admitted her Badlands Hanover mare Pandora’s Rose is as much of a pet as she is a producer of her future racetrack stars.

“She is my absolute favourite, she is lovely mare. She has a foal every couple of years to earn her keep.”

Pandora’s Rose was bought at the National Yearling Sales by Broadhurst and Prouting when offered by Roni Lauren. The broodmare is doing more than just earning her keep judging by her record at stud.

It is headed by Westar Sam (Real Desire) who won seven races in New Zealand before going on a winning spree across the Tasman. After tearing up Globe Derby Park last year, the pacer is now in Queensland where he won his last start at Albion Park two weeks ago. That brought up career win 26 and win number 19 in Australia.

“Westar Sam has been the biggest thrill, I watch all of his races,” Broadhurst said. 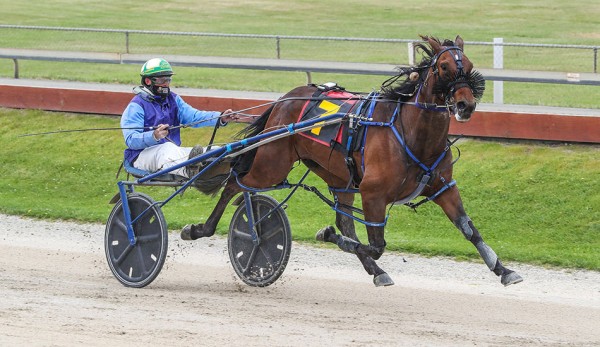 Westar Sam is the second foal from Pandora’s Rose with Westar Molly being her fourth.

Between them is Westar Lad, a full brother to Westar Molly, who is 17 hands and has been given time to strengthen after having two starts.

Trevor Casey borrowed Pandora’s Rose and bred the next foal from her, a yearling colt by Sky Major called Sky Rocket.

Broadhurst and Prouting have welcomed a foal by Lather Up from the mare this year.

They are unlikely to put Pandora’s Rose back in foal this season.

The couple also have former racetrack star Susie Maguire in their broodmare band.

Broadhurst described herself and Prouting as ‘ma and pa’ breeders who do much of the hands-on work with their foals until they go to their trainers.

The first in our new series focusing on breeding, Well Bred, hears from Mark O'Connor of Denario breeding.