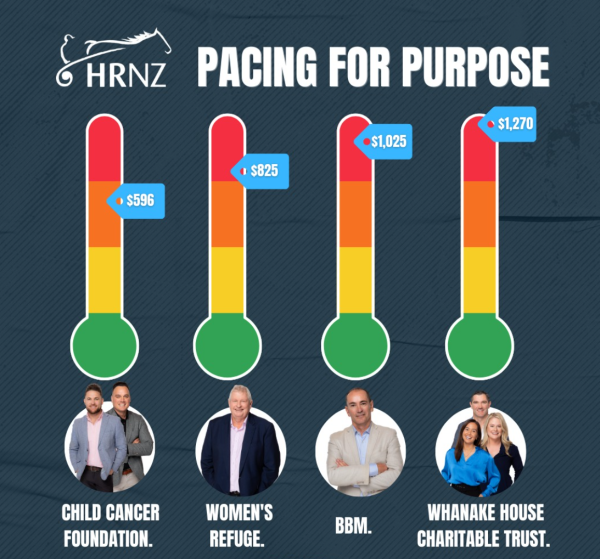 The first ever SENZ Radio promotion, Pacing For Purpose, has wrapped up with nearly $4000 raised for charity.

Since late last year every week the network's Breakfast, Morning, Afternoon and Drive hosts have invested $50 each at a harness racing meeting of their choice, with all proceeds going to their given charity.

It was a hugely popular promotion as each show vied for the bragging rights that go with victory.

In the end it was the Drive show hosts Stephen Donald, Kirstie Stanway and Rikki Swannell who prevailed with a total of $1270. Their charity is the Whanake House Charitable Trust which helps young adults with disabilities.

Mark Stafford was second, followed by Ian Smith and then the breakfast hosts Brendon McCullum and Israel Dagg.

In all $3716 was raised for the four charities.