Because it came on a horse trained by a good mate, on her favourite track and beating her old boss and mentor.

That was the trifecta of perfection that unfolded when Call Me Trouble overcame a 35m handicap to wear down favourite Aardiebythehill in the main trot at Alexandra Park on Friday. 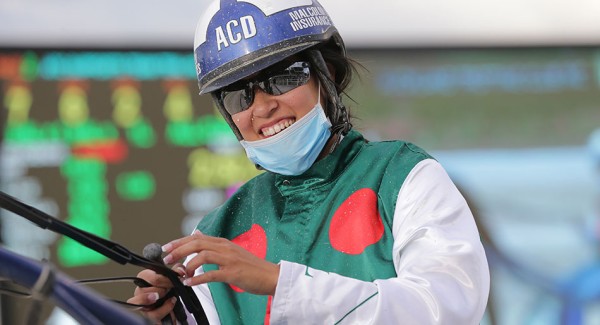 It was win number 1 at drive number 7 for Ranger with Call Me Trouble trained by Zachary Butcher, who is not only Ranger’s close mate but whose cousin and fellow horseman Shane is Ranger’s partner.

Ranger works alongside Zachary at Lincoln Farms where Butcher trains a few horses and he has supported her with the unpredictable trotter. 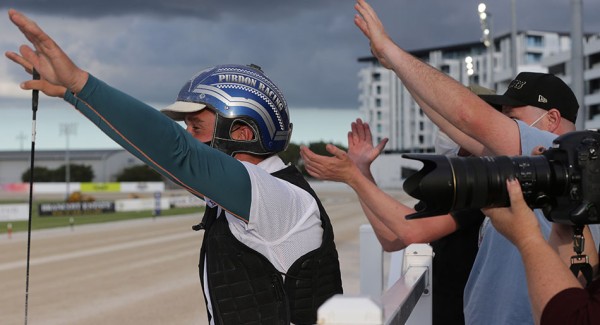 Any first win is special but Alexandra Park on a Friday night is as good as it gets but the real icing on the cake was beating our greatest ever driver in Tony Herlihy.

“That was so good because Tony has been such a big part of my time in harness racing,” said Ranger of her former boss.

“Tony was the first person to congratulate me straight after the line and some of the other boys were yelling to me cause they were so happy for me even though I beat them.

“But I couldn’t say anything. I was so happy and it was such a thrill I was just dazed so I couldn’t talk.”

The 26-year-old has been a popular figure in northern harness racing since she was a teenager, drawn into the industry by her father Duane, the much-adored journalist who would have been beside himself watching in his now home of Queensland.

Duane is certain to tell around 10,000 people in coming weeks about his daughter’s first winner, some of them multiple times.

While Monika never really set out to become a driver she says that buzz of victory has reaffirmed she wants to stay in the sulky.

"I was something I wanted to have a go at but that feeling was awesome so now I want it again.”

While the win was Ranger’s first it was Call Me Trouble’s ninth as he edges his way toward $100,000 in stakes, which he should easily surpass if he can keep doing things right at Alexandra Park after many of his best performances since coming north have been at Cambridge.