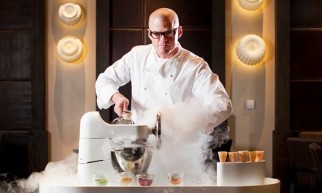 Role/Duties: I look after anything to do with the ownership side of things such as transfers and leases as well as exports and imports of horses, syndicates and updating overseas performances of NZ bred horses

How long have you worked at HRNZ? 4528 days, but who’s counting!

Are you involved in racing outside of work? If so how? I have previously owned numerous standardbreds and thoroughbreds, but marriage and two children put pay to that!

What are your hobbies? Long walks on the beach and candlelit dinners (in either order).

Favourite horse from past or present? Bonecrusher as he was the first horse in my lifetime to establish a cult following in this country and took on the Aussies and beat them on their own turf. Who can forget his epic Cox Plate victory over Waverley Star as “Bonecrusher races into equine immortality”. Also Inky Lord was a showy little black horse with phenomenal speed which always made his wins exciting, as his 1989 Cup win demonstrated. Unfortunately, I was on track two years later when he collapsed and died following the NZ Cup trial-I cried all of the way home.

What was your first paying job? Raspberry picking in the Xmas school holidays as a 14-year-old. A couple of mates and I would bike 8km’s to start work at 6am- a lot of effort for little financial gain, but good fun!

What do you like most about your job? Days that start with the letter “S”

What is something that not many people know about you? I once had a share in a galloper named “Brookotell” (named after the old Brook Hotel that my parents co-owned at the time). From October 1997 to January 1998, the horse won the Timaru Cup, Gore Cup, Tapanui Cup, Kurow Cup, and ran 4th in the Kumara Nuggets. Also lined up in the NZ Cup, and the Wellington Cup where he unfortunately broke down in the running and had to be put down (the highs and lows of racing!)