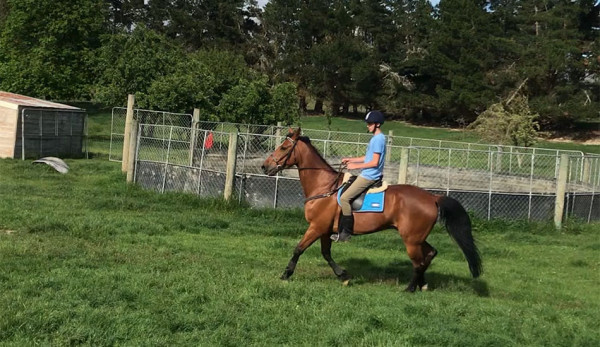 The giant trotter it seems has turned into a big softie.

At over 17 hands Master Lavros was a fair lump of a horse that took out two Dominion Handicaps on his way to winning 20 times from 53 starts, amassing $608,007 in stakes.

Leg problems forced his retirement from the track in 2017 as an eight-year-old. At the time his trainer-driver Mark Jones said :

Now that place is a 20 acre (eight hectare) lifestyle block in the Hakataramea Valley in the middle of the South Island and his minder is 17-year-old Timaru Boys High student Dan Patterson.

“He’s amazing,” says Patterson of the 12-year-old hack he calls “Master” or “Big Red”, “he was everything I was looking for, a gifted horse.” 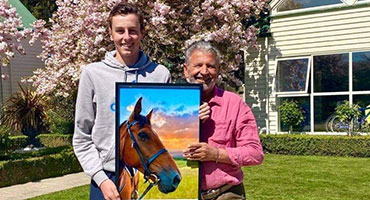 He acquired Master Lavros through his family’s friendship with Master Lavros’ high profile breeder and owner Kypros Kotzikas and his partner Jane Campbell.

“”They just surprised me with a horse one day.”

The aspiring vet did know of the Sundon gelding’s exploits and has since watched many of the replays of his greatest races. And there are plenty. 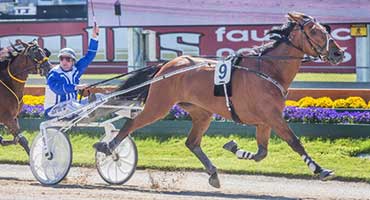 Patterson says retirement certainly appears to be agreeing with him.

Patterson’s had the horse for about a year now.

“He was already broken into saddle but we’ve learned how to canter and trot and we’ve done a few jumps, though we are working on that, we’re only jumping about 40 centimetres.”

Just recently the pair entered a Have A Go day run by Oamaru A&P. The combo was awarded Reserve Champion, with three first placings, one second and two fourths. 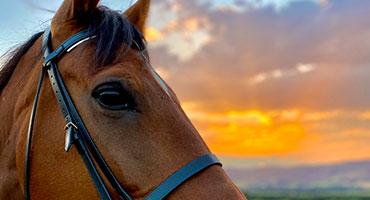 And they clearly impressed judge Kirstyn Walker – “There was just this most incredible bond, you could see that Dan and the horse loved each other.”

Competition is not the be all or end all for Patterson, though they will continue to support local events.

“It’s just fun, we are just as happy hacking and trekking around or river riding or swimming in the dams.”

It seems that Patterson and “Big Red” are for keeps.

“I just want to keep giving him the best life possible.”