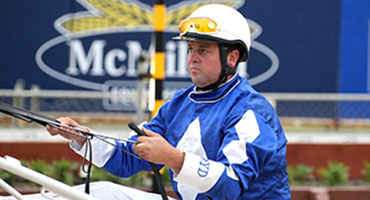 STYLISH MEMPHIS POISED FOR RETURN – BUT FOR HOW LONG?

As Burnham trainer Mark Jones prepares for the return of the best horse in his stable, he’s unsure exactly what the future holds for her.

In January star filly Stylish Memphis linked up with the all-powerful All Stars stable for an Australian campaign that included victory in the $200,000 NSW Oaks at Menangle. It was then decided she would stay with Mark Purdon and Natalie Rasmussen until the end of the season. That was to include such lucrative races as the Nevele R series, the Oaks and the Harness Jewels, until COVID-19 threw the schedule into turmoil.

After enjoying the good life with her owner Wayne Higgs, Stylish Memphis is due to re-join Jones at Overport Lodge in the next few weeks. She has won seven from 13 starts as a two and three-year-old and nearly $250,000 in stakes.

And that’s where things get a bit murky.

And the problems don’t end there.

“There are no races here for the four-year-old mares, and her rating is getting up there so she’ll be up against the free-for-all pacers, Henry Hubert and the like.” She’s currently a rating 86, Henry Hubert 92.

So Jones is looking at a number of races – some against the colts – and also the Nevele R final on New Zealand Cup day, before heading to Melbourne next year before the Ladyship Mile in Sydney. He says he could remain the trainer or she could be entrusted with the Purdons again. It all depends on timing and circumstances.

As for some of Jones’ other horses Willison, Burnham Boy, Plutonium Lady and Majestic Lavros have only started jogging and a Queensland campaign could be on the cards for them.

Three look likely to be at Addington when racing resumes : “Deny Everything, Sioux Princess, Queenofdance will be ready to race that first meeting on the 29th.”

While racing’s ground to a halt in recent weeks Jones has still kept himself busy.

“I have a few two-year-olds to qualify and hope to race June/July and I have sold a few over the lockdown period.”